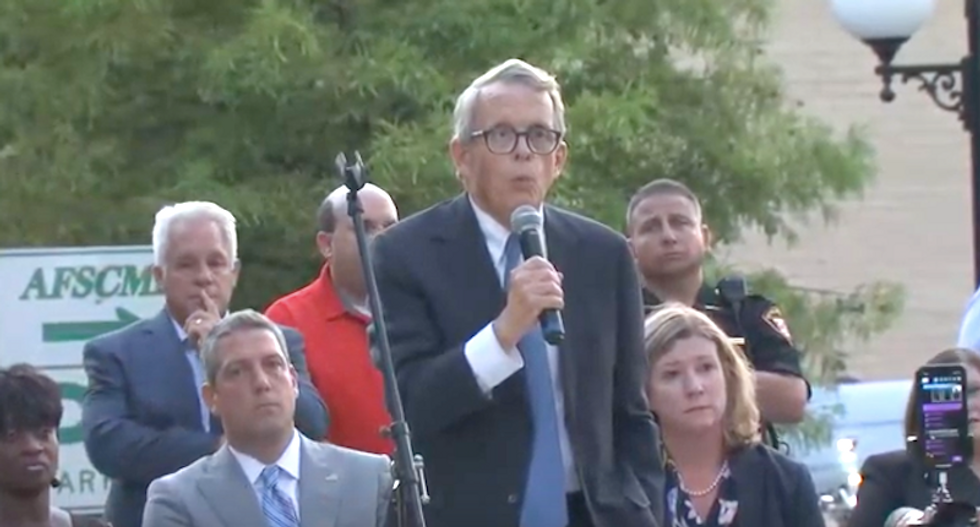 DeWine has received a great deal of criticism from the far-right for shutting down Ohio during the COVID-19 pandemic.

Trump described DeWine "as a real good friend of mine" at his rally in Vandalia.