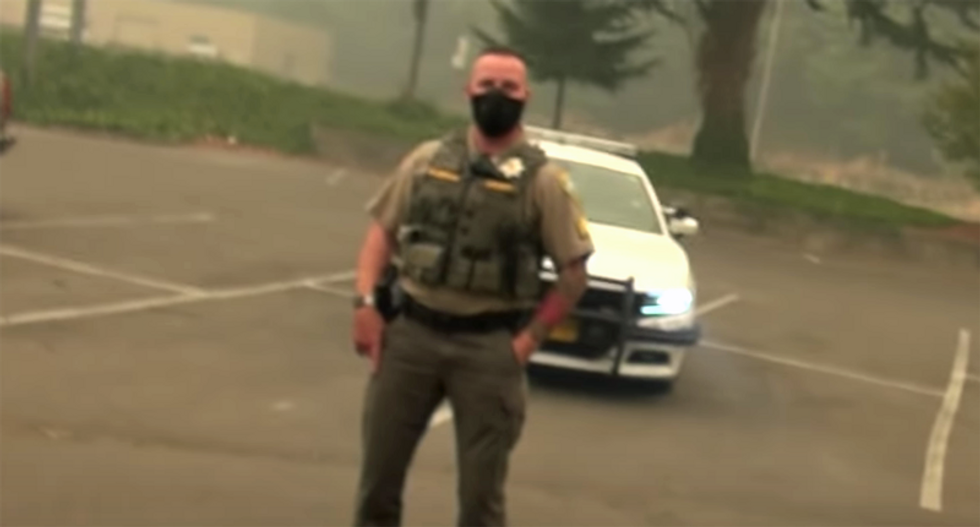 One sheriff's deputy has been placed on leave after blaming Antifa for Oregon's forest fires.

"A Clackamas County Sheriff’s deputy seen in a viral video making what the sheriff’s office is calling 'inappropriate statements,' while on duty has been placed on administrative leave, the agency announced Saturday," The Oregonian reports.

“As soon as I was made aware of this incident, I moved swiftly to place this deputy on leave while we investigate,” Clackamas County Sheriff Craig Roberts said. “The Sheriff’s Office mission is to provide calm and safety especially during unprecedented times such as these. I expect nothing less of our deputies, and apologize to all in our community.”

“Antifa motherf*ckers are out here causing hell,” the deputy says. “There’s a lot of lives at stake and there’s a lot of people’s property at stake because these guys got some vendetta.”

Earlier in the video, a different deputy accepted as fact that people had been intentionally lighting the fires.

"There are people that are not going to leave their homes," the other deputy said. "And if that happens, if they start lighting more fires, people are going to die."

"The agency has declined multiple requests for comment on another viral video, showing what appears to be the same Clackamas County deputy coaching militia members," the newspaper noted.