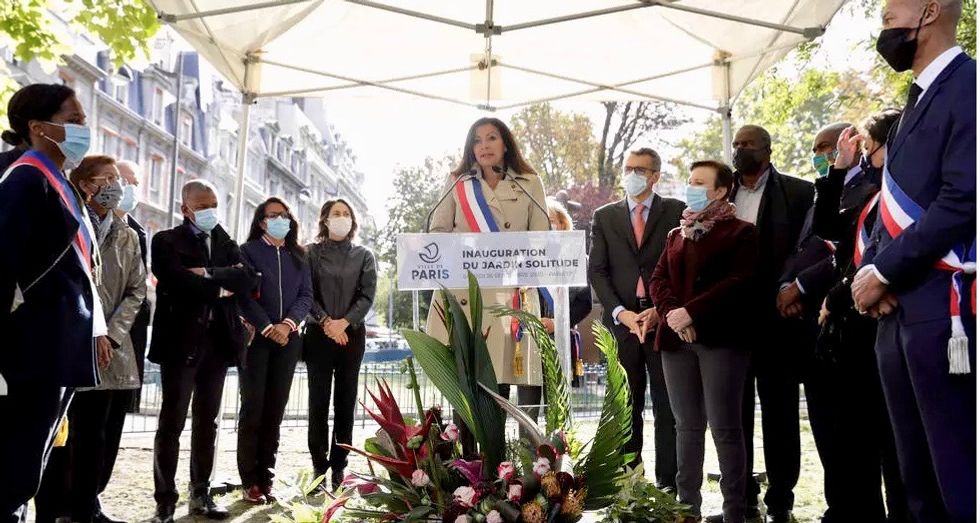 The city of Paris inaugurated a public garden Saturday honoring a woman who fought for the liberation of slaves on the Caribbean island of Guadeloupe.

Mayor Anne Hidalgo also announced plans to erect a statue to the woman, Solitude, at the site in northeastern Paris. It will be the city’s first statue honoring a Black woman.

Amid global protests against monuments to white men linked to colonialism or the slave trade, French leaders have resisted taking down statues but pushed instead to design new monuments to more diverse, lesser-known historical figures.

Solitude was born around 1772 to an African slave who was raped by a white sailor on the ship bringing her to the Antilles, according to newspaper Le Monde.

She won her freedom after the French Revolution, but then Napoleon reinstated slavery in French colonies and Solitude joined Guadeloupe's resistance movement, according to city hall. Napoleon's forces arrested a then-pregnant Solitude, and sentenced her to death.

France abolished slavery again in 1848. Guadeloupe remains part of France, and saw protests earlier this year against racial injustice in the wake of George Floyd's death in the U.S.