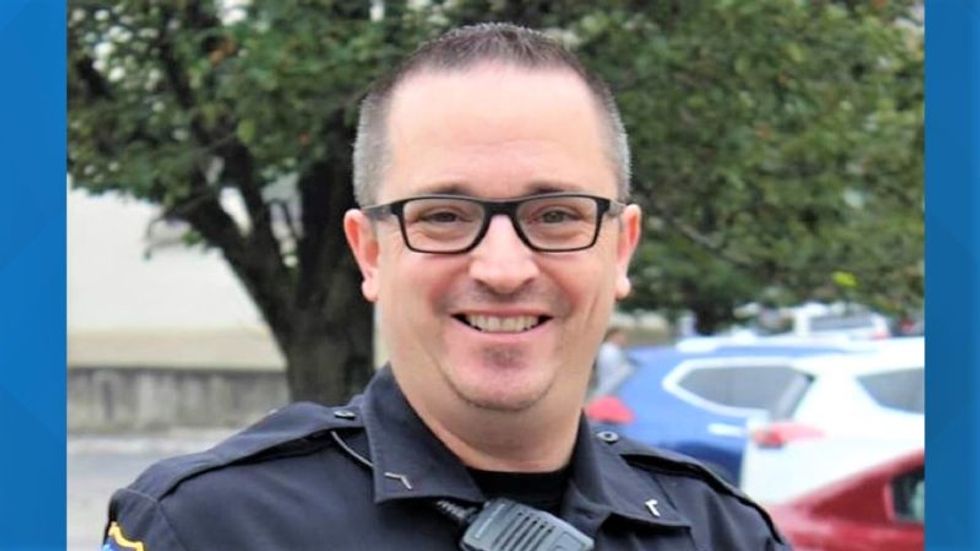 A police officer in Pittston, Pennsylvania is facing felony charges after he went on a tire-slashing spree after a local restaurant cut him off from ordering booze.

PennLive reports that Pittston Police Officer Dion Fernandes has been charged by Pennsylvania State Police with felony criminal mischief after being caught on camera slashing tires and causing an estimated $5,500 worth of property damage.

The state police arrest affidavit claims that Fernandes "lashed out after being denied alcohol at a downtown restaurant on August 29th."

Local news station WNEP reports that Fernandes actually called up one of his fellow officers after he'd been drinking on August 29th and asked him to bring a knife for him to use for an unspecified purposed.

The officer brought him the knife and then left the scene -- and minutes later, residents in the area reported seeing a man slashing car tires on their street.

Pittston Mayor Michael Lombardo tells WNEP that Fernandes has been on the police force for a decade now and called him "an outstanding example for young officers," despite the fact that he was caught on camera mere weeks ago committing acts of vandalism against the people he swore to serve and protect.