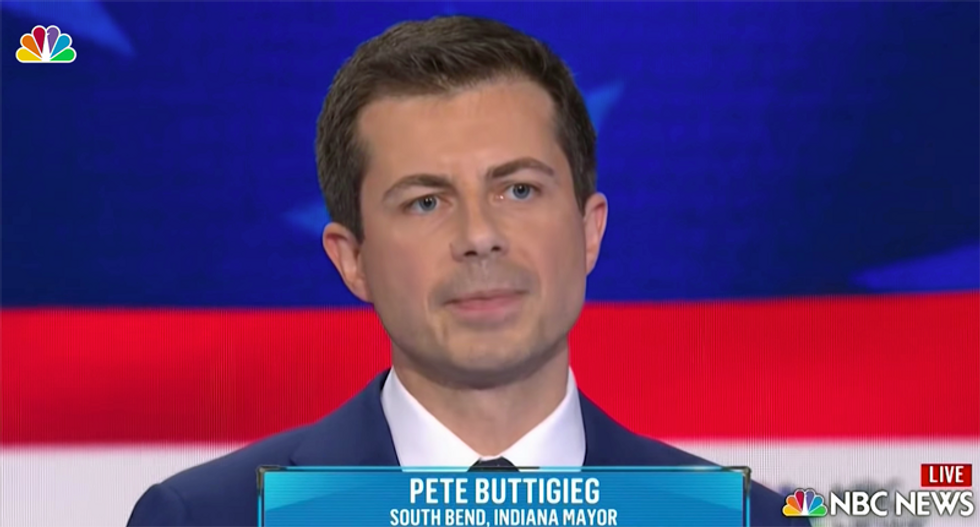 "Kamala Harris’s team is working to manage public expectations that her upcoming debate with Vice President Mike Pence will present her with an easy opponent, despite her withering attacks on Democratic rivals in earlier presidential primary debates," Bloomberg News reported.

"As the Democratic vice-presidential nominee readies for the face-off on Oct. 7 in Salt Lake City, her team has cast former presidential candidate Pete Buttigieg to play Pence in mock debates, according to two people familiar with the preparations," the publication reported. "The debate would mark the highest profile moment for Harris and Pence of the final campaign stretch before the Nov. 3 election."

"Harris’s debate prep is being led by Karen Dunn, a lawyer at Paul Weiss, who was also involved in Kaine’s preparations. Others deeply involved in the process include Biden senior advisers Bruce Reed and Symone Sanders, Rohini Kosoglu, Harris’s senior adviser, and Liz Allen, Harris’s communications director. Jake Sullivan, a top policy aide to Biden, has also attended some debate prep sessions, according to people familiar with the process," Bloomberg reported.