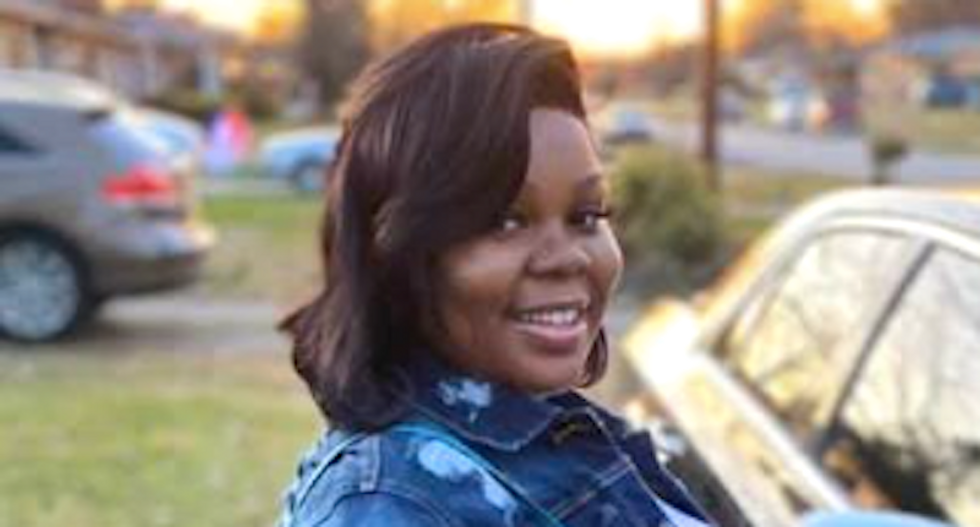 The lone officer charged in the case of Breonna Taylor, the African-American woman whose death during a Louisville, Kentucky police raid became a rallying cry of the Black Lives Matter movement, pleaded not guilty Monday.

Detective Brett Hankison rejected grand jury charges unveiled last week that accused him of "wanton endangerment," for wildly and blindly shooting into adjacent apartments during the raid that saw Taylor shot dead by two other officers.

None of the three officers in the raid was charged with the death of Taylor, a 26-year-old emergency room aide who was shot six times after police forced their way into her apartment as she slept with her boyfriend on March 13.

Police said the boyfriend, Kenneth Walker, fired once at them, giving them cause to fire back, killing Taylor but not hitting Walker.

The grand jury indictment last week of Hankison -- but neither of the others identified as the officers who shot Taylor -- sparked anger and protests in the Kentucky city, and accusations by Taylor's family of a cover-up to protect the police.

"It's like they charged the police for missing" but not for "shooting bullets into black bodies," Taylor family attorney Ben Crump said.

Hankison was freed on $15,000 bond, and in Monday's telephone hearing, his attorney requested that he be allowed to keep a weapon because of threats he had received.

"I would ask the court to consider allowing him to retain possession of any weapons that he may own for self-defense purposes," said his lawyer, Stewart Matthews.

But the judge rejected the request.

"People that are in this court charged with offenses involving firearms, I do not allow them to possess any firearm, as a condition of their bonds," she said.

Hankison, who was fired from the police force in June, faces up to 15 years in prison on the three counts of wanton endangerment.

The next hearing will be on October 28.