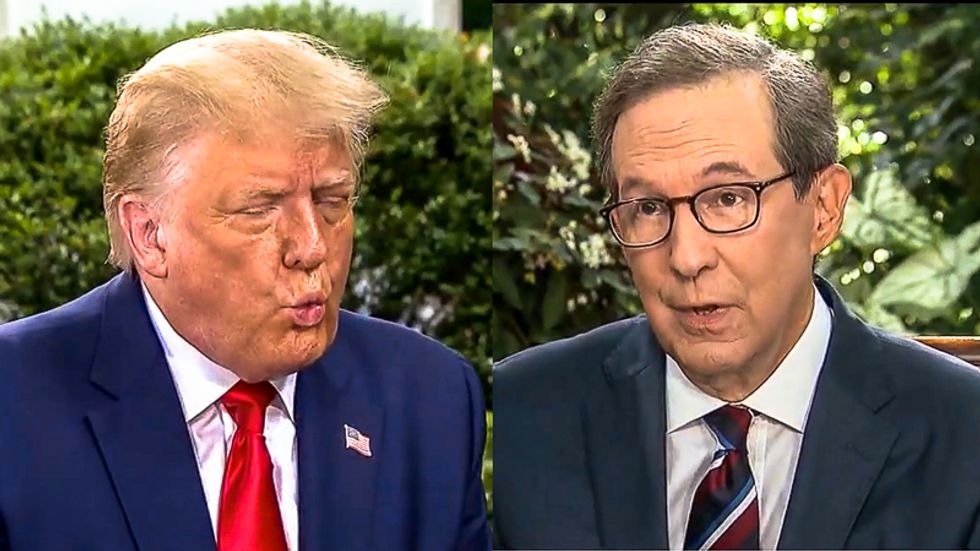 Former New Jersey Gov. Chris Christie has had a stern warning for President Donald Trump: do not underestimate former Vice President Joe Biden’s skills as a debater. Christie has stressed that however gaffe-prone Biden has been in speeches, he can be both skillful and aggressive when it comes to debates. But Trump, according to NBC News’ sources, has no plans for traditional debate preparation in September or October.

The first of three presidential debates is scheduled for September 29 in Cleveland, with Fox News’ Chris Wallace serving as moderator. Trump, however, is hoping that Biden won’t perform well and that gaffes will ruin the debate for the former vice president.

In 2016, Christie helped Trump with debate preparation, playing Democratic presidential nominee Hillary Clinton in mock debates. But according to NBC News, Trump is rejecting that type of help this time and insists that debating an opponent in real time “isn’t something you have to practice.”

A Trump ally, presumably interviewed on condition of anonymity, told NBC News, “It’s not the traditional, ‘We need Chris Christie to fill in and play Hillary Clinton’ like we did four years ago.”

Trump’s allies, according to NBC News, are privately expressing concerns that his overconfidence could hurt him in the debates with Biden — who overcame a stuttering problem he had as a child.

Another Republican who is sounding the alarm about Biden’s skills as a debater is Bill Stepien, Trump’s 2020 campaign manager. Stepien told NBC News, “(Biden is) a politician. He gives speeches. He’s really good at doing it. He’s also very practiced at it.” And Stepien acknowledged that Biden is “formidable on the debate stage.”

The 2020 Trump campaign has been reviewing films of Biden’s debates, and there are plenty to choose from. There were times when Biden didn’t perform well in debates — for example, some of the early debates in the 2020 Democratic presidential primary. But in other debates during that primary, he performed well when everyone from Sen. Bernie Sanders and Sen. Elizabeth Warren to Sen. Kamala Harris (now his running mate) went after him with a vengeance. Biden also held his own during that primary’s final debate: a one-on-one with Sanders, who can be a fierce debater and is a superb speaker.

In 2008 — when Biden was Barack Obama’s running mate and was getting ready to debate GOP vice presidential nominee Sarah Palin — Democratic strategists advised to avoid being too aggressive with the then-governor of Alaska and avoid coming across as a bully. But that won’t be a concern with Trump, who is the ultimate bully.

Biden told NBC News, “I’m looking forward to getting on the debate stage with Trump and holding him accountable. I think I know how to handle bullies. We’ll find out.”