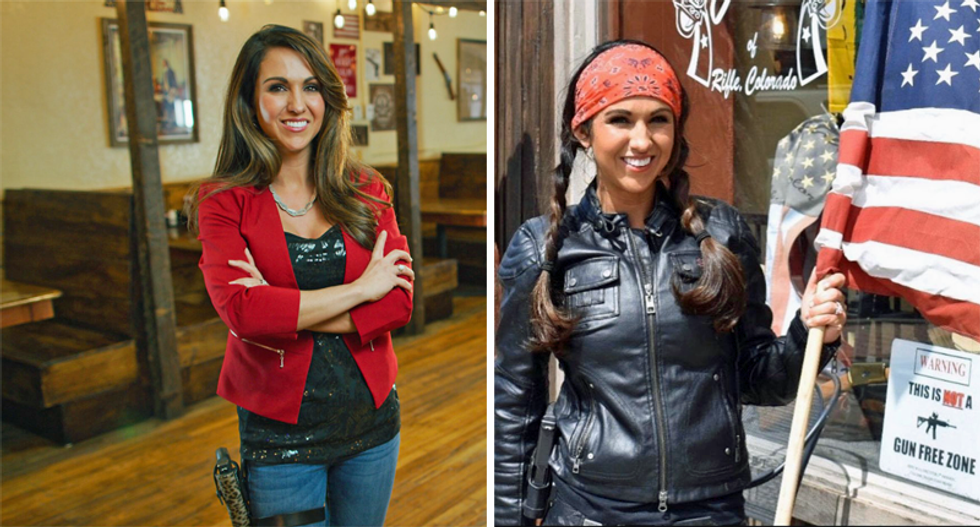 Republicans may be poised to lose what was considered a safe seat in the U.S. House of Representatives after a far-right upstart knocked out the GOP incumbent in the 2020 primaries, according to The New York Times.

"Despite the decidedly conservative tilt of the sprawling, 29-county district — composed of pockets of high-end ski town liberalism like Aspen and small, economically pressed ranching and farming communities — her race with Diane Mitsch Bush, a former Democratic state lawmaker and university professor, is close. The contest is not only a clash of cultures in a state that has steadily grown more liberal, but it is also an example of why Republicans are struggling to regain ground in the House," The Times reported.

"Weighed down by President Trump’s poor approval ratings during a pandemic and a recession, they have both struggled to reclaim seats that Democrats seized in 2018 and been forced to defend districts like Colorado’s Third, which should have remained safely in Republican hands. It is not clear whether Ms. Boebert, 33, an outspoken high school dropout who runs a gun-themed bar in the town of Rifle where the waitresses openly carry firearms, can hold onto it," the newspaper noted. "In the most recent sign of the race’s increasing competitiveness, national Democrats reserved more than $600,000 in airtime in the contest between Ms. Boebert, who bills herself as the answer to creeping socialism and promises to shake up Washington, and Ms. Mitsch Bush, who is offering herself as a pragmatic legislative veteran eager to get to the nuts and bolts of addressing pressing state issues rather than make national waves."

Boebert's record could be harming the GOP's grip on the seat.

"She drew more attention in May when, appearing on the radio show of a QAnon believer, she expressed support for the conspiracy movement, saying that it reflected that more Americans were embracing conservatism. She has been trying to walk that back ever since, saying that she does not believe in QAnon and that it is mainly the news media that insists on raising the issue," the newspaper reported.

"Local news outlets disclosed that Ms. Boebert had multiple brushes with the law, including a citation for disorderly conduct at a music festival in 2015, when she was accused of interfering with the arrest of some minors for underage drinking, and an unsafe vehicle charge after a truck accident in 2016," the newspaper noted. "But the run-ins with the law did not stop there. Ms. Boebert drew a cease-and-desist order from the county this year for opening her restaurant to indoor dining despite quarantine restrictions, paving the way for accusations that she does not believe the laws apply to her."