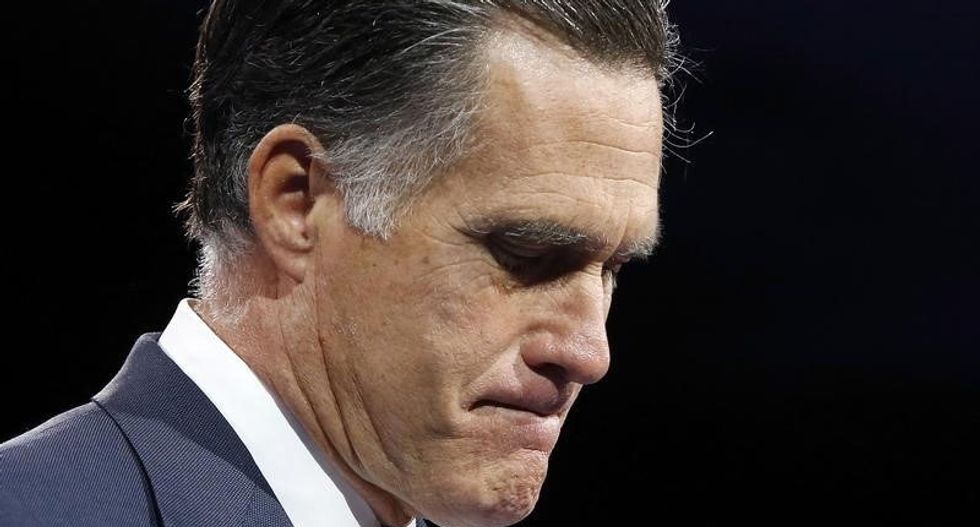 U.S. Senator Mitt Romney is being highly criticized Tuesday, after he announced he will vote to confirm President Donald Trump's nominee to the U.S. Supreme Court to replace the late Justice Ruth Bader Ginsburg, even before the candidate has been named.

Romney said he would vote for any nominee who is qualified, although he struggled to define what the term meant to him.

Many are attacking the Utah Republican Senator for green lighting Trump's unnamed SCOTUS nominee despite voting to impeach the president.

Sen. Romney also made several remarks, both to reporters (video below) and in a statement, that are provably false.

"The historical precedent of election year nominations is that the Senate generally does not confirm an opposing party's nominee but does confirm a nominee of its own," Romney said in a statement.

Well, except for 1988 when a Democratic Senate confirmed Ronald Reagan’s nominee, Anthony Kennedy. Except for that… https://t.co/LFanvee0vD
— Joan McCarter (@Joan McCarter) 1600782977.0

Reporter and analyst for Inside Elections, Jacob Rubashkin, notes just how false Romney's claim is that America is a "center-right" nation – and embarrasses him in the process:

As does journalist Jay Willis:

Romney's false claims that the Supreme Court has been liberal for years is also easily debunked as "utter nonsense" – by Norman Ornstein, a resident scholar at a conservative think tank:

And by this HuffPost journalist:

The court hasn't had a liberal majority since 1969. The country is only center-right if you consider the Democrati… https://t.co/LJdyEnkXxt
— Paul Blumenthal (@Paul Blumenthal) 1600788040.0

Take back the presidency. Take back the Senate. Pack the courts. There are no "norms" if Republicans keep making u… https://t.co/nwYQXMT0gH
— Hemant Mehta (@Hemant Mehta) 1600783772.0