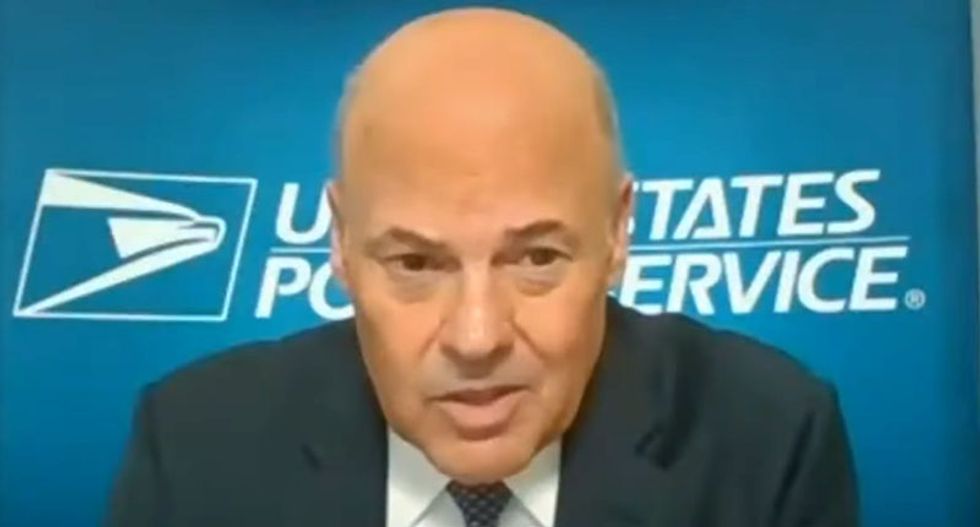 A federal judge in New York on Monday dealt the latest blow to U.S. Postmaster General Louis DeJoy’s effort to enact major operational changes to the U.S. Postal Service amid the coronavirus pandemic, ordering the post office to reverse the changes in the coming days.

In the U.S. District Court for the Southern District of New York, Judge Victor Marrero handed a victory to plaintiffs including Mondaire Jones, who won the Democratic primary in New York’s 17th congressional district in July and sued the USPS last month after DeJoy and President Donald Trump “deliberately incapacitated the postal service,” as Jones wrote in USA Today at the time.

Jones, New York state Sen. Alessandra Biaggi, and mail-in voters in states including Wisconsin and Pennsylvania demanded that the court reverse changes such as the cutting of overtime pay for mail carriers and extra trips to ensure all mail is delivered in a timely manner.

Marrero on Monday ordered the USPS to treat all election mail as Priority and First Class mail starting September 25, as mail-in voting has already begun in states including North Carolina and Virginia; to pre-approve all overtime pay for post office workers between October 26 and November 6; and to file weekly reports keeping the public informed of its progress in ensuring all election-related mail can be delivered in time for votes to be tallied on November 3.

“The right to vote is too vital a value in our democracy to be left in a state of suspense in the minds of voters weeks before a presidential election,” Marrero wrote in his ruling.

Supporters of Jones, a progressive who is expected to win the general election on November 3, applauded his leadership in fighting DeJoy and Trump’s assault on the postal service.

Thank you @MondaireJones for protecting our postal service! THIS is what representation looks like. https://t.co/dCzC8zYUvZ
— Rockland United (@Rockland United)1600716790.0

“I’m not waiting until January to notch big victories,” Jones wrote in a Tuesday email to supporters of the Progressive Change Campaign Committee. “Now more than ever, our democracy is on the line, our rights are on the line, and the fate of this nation is on the line. I’m grateful to the U.S. District Court for the Southern District of New York for affirming our right to a free and fair election in today’s win for all Americans.”

DeJoy’s cuts of overtime pay, removal of mail boxes and mail sorting machines, and other changes to the post office in recent months have raised alarm among voting rights advocates that voters in the general election will be disenfranchised by mail delivery delays. Most Americans will be able to vote by mail this year due to the coronavirus pandemic that has now killed more than 200,000 Americans amid Trump’s misinformation and mismanagement of the crisis.

Despite having voted by mail himself—and numerous studies debunking his claims—the president has repeatedly said the system will allow for so-called “voter fraud.” Marrero’s decision follows a ruling in Washington state last week, in which another federal judge blocked DeJoy’s operational changes and issued a nationwide injunction to reverse them, and the Pennsylvania Supreme Court’s ruling extending the state’s mail-in ballot deadline.

“With more Americans voting by mail this fall than ever before, we won’t have a free and fair election without the USPS. Period,” said Jones. “That’s why I filed this lawsuit, and it’s why I’m grateful for the Court’s decision to ensure the integrity of our elections.”