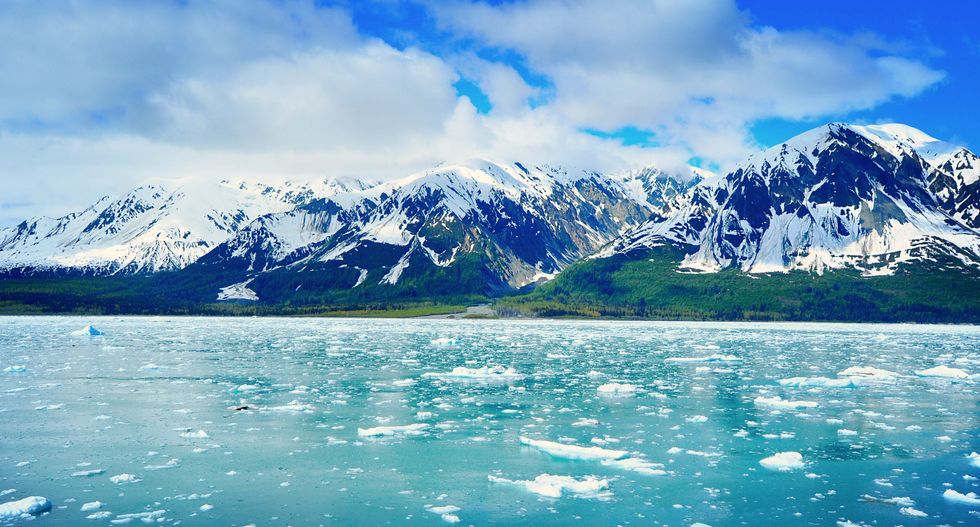 "The Pebble Tapes reveal what we suspected," said the Audubon Society of Alaska. "This is not a small, short-term project."

Tapes secretly recorded by the Environmental Investigation Agency reveal that two large mining companies in Alaska have far more expansive plans for a mine near the Bristol Bay fishery than they have publicly acknowledged in statements to the U.S. Congress and the Army Corps of Engineers.

"We are shocked at the depth and breadth of Pebble's deception."

The EIA on Tuesday released more than an hour's worth of conversations the group secretly recorded in August and September with Tom Collier, CEO of Pebble Limited Partnership, and Ronald Thiessen, president and CEO of Northern Dynasty Minerals, which owns Pebble. EIA investigators posed as potential investors in the companies' mining projects in order to hear the executives speak openly about their plans.

In the "Pebble Tapes," the two mining executives speak openly about their plans to build a large, long-term mine at Bristol Bay's headquarters in western Alaska—not a small 20-year project, as the companies have said in official statements to the U.S. government.

Watch a compilation of the discussions below:

In the tapes, EIA asks Thiessen if the companies are planning "unstoppable" growth of the mining project, past the scale it applied for last year.

"Yes," Thiessen replies. "Once you have something like this in production why would you want to stop?"

Thiessen and Collier detail their plans for a mine with a 180- to 200-year lifespan, with an expanded footprint after its first 20 years—the amount of time it told the House Subcommittee on Water Resources and the Environment, in written testimony last year, that the project would last.

Rather than processing 180,000 tons of mineral deposits per day, as stated in the companies' Environmental Impact Statement, Collier and Thiessen admitted privately that they plan to increase their daily production rates to between 220,000 and 320,000 tons after the mine's first 20 years.

The Audubon Society of Alaska tweeted that the tapes "reveal what we suspected. This is not a small, short-term project."

"These tapes show that potential investors are given an entirely different vision for this massive mine than the government and the public," said Alexander von Bismarck, executive director of EIA. "We think that is important information to release. The public, and especially the people of Alaska, should know about the scope of a project with permanent impacts on one of the most pristine ecosystems on Earth."

In addition to planning a project that could last two centuries rather than two decades, Pebble and Northern Dynasty are hoping to activate the Donlin Mine, 175 miles north of Bristol Bay's headquarters, if the Pebble mine is approved.

"There is a lot of logic to us joining forces to make a single corridor," Thiessen told EIA investigators, while Collier added, "If you flip the Pebble switch on, it's likely that you may be also flipping on the Donlin switch."

Critics of the Pebble mine near Bristol Bay say the project will pollute the bay, which supports a $1.5 billion fishery.

"We are shocked at the depth and breadth of Pebble's deception," said Rachel James, Bristol Bay campaign coordinator for SalmonState, which advocates for Alaska's wild fisheries. "From their manipulation of the Alaska governor's office, to the truth of their plan for a massive 200-year mine, to cozy relationships with the Army Corps and EPA political appointees, it's clear they will stop at nothing in their plans to build a toxic mega-mine at the headwaters of the greatest sockeye salmon run left on the planet."

In addition to conservationist groups, 30 local native tribes which rely on the region's salmon for their subsistence culture have opposed Pebble as well as  protested the Donlin gold mine.

"The proposed project poses too much risk to our lands and our food sources which we have an obligation to protect and develop responsibly for future generations," wrote 10 tribes in May.

Watch the Pebble Tapes in their entirety here.