‘Seems like a lynch-mob’: Trump supporter accused of putting a ‘bounty’ on Black veteran in Texas 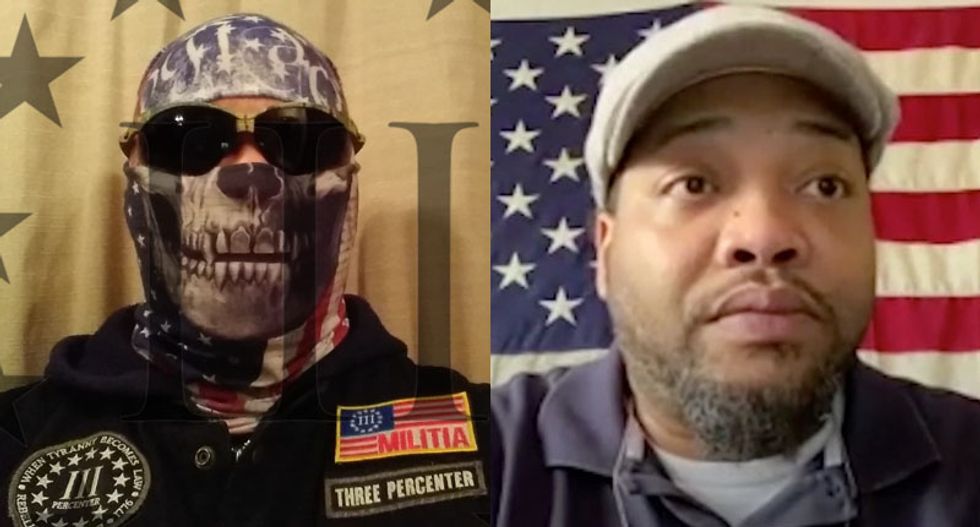 Social media posts connected to a pro-Trump event in Texas have singled out four Black men, which some are seeing as a death threat, NewsWest9 reports.

"The intention is hurt," said Air Force veteran Andrae Blissett, who is featured in the post. "It is a threat. In my view this is the same as putting a bounty out on somebody."

The post featured pictures of the four men and warns that people need to be on the lookout for them.

"Trust me it might be best to be strapped," the post's caption read. "But, we can't let guys like this stop any of us."

Blissett says he has no idea why he was targeted, since he has no connection to the "Trump Train" event.

The New Braunfels Police are now investigating the post.

"When you have picture of black men circulating on the internet saying to 'be strapped' and look out for them, it almost seems like a lynch-mob connotation," said Jessica Edwards, who is part of the city's diversity task force.

The Trump supporter who posted the controversial image said in a Facebook post that he had apologized to Blissett.

"i did make a mistake with only one person in the pic and that was Andrea . I've sent him a message of apology. And have ask a mutual friend to send the message to him as well because I was blocked from his page. I will admit if I'm wrong about something. All I wanted to do was let a group of ppl know they could have problems with these guys. That was it. And to watch their six because these guys where mad about some BS that happened at a Trump train run with a guy that had a blm sigh under his truck [sic]," he wrote.

Watch NewsWest9's report on the story below: