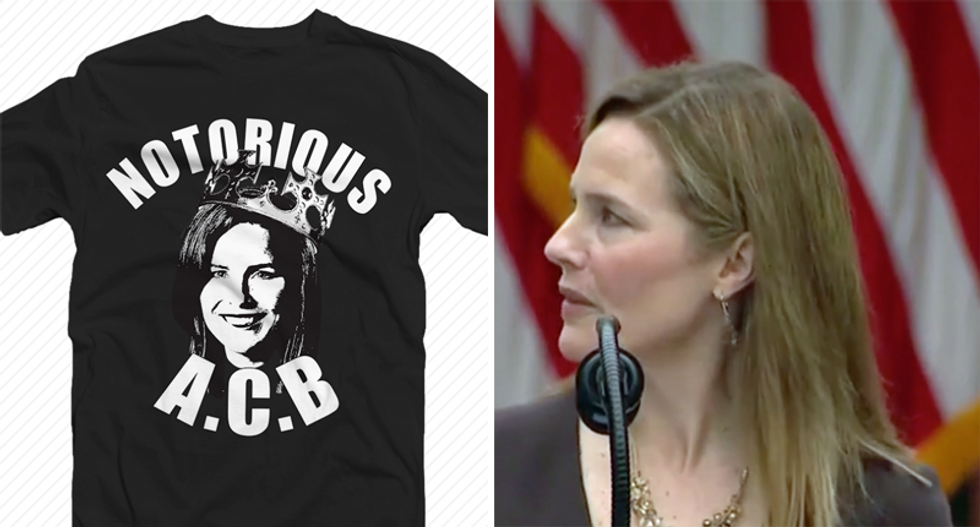 The campaign arm for Senate Republicans is raising money by attempting to brand conservative judge Amy Coney Barrett as the "Notorious A.C.B."

The scheme is an attempt appropriate Ruth Bader Ginsburg's famous nickname -- The Notorious R.B.G. -- for a jurist nothing like the late Supreme Court justice.

T-shirts with "Notorious A.C.B." are being given out for donations between $25 and $5,000 to the National Republican Senatorial Committee.

The website where the T-shirts are sold says the money will go to the "Supreme Court Defense Fund."

"Democrats will do ANYTHING to stop President Trump and Senate Republicans from filling the Supreme Court vacancy," the website argues. "Protecting our Majority has never been more important. HELP!"