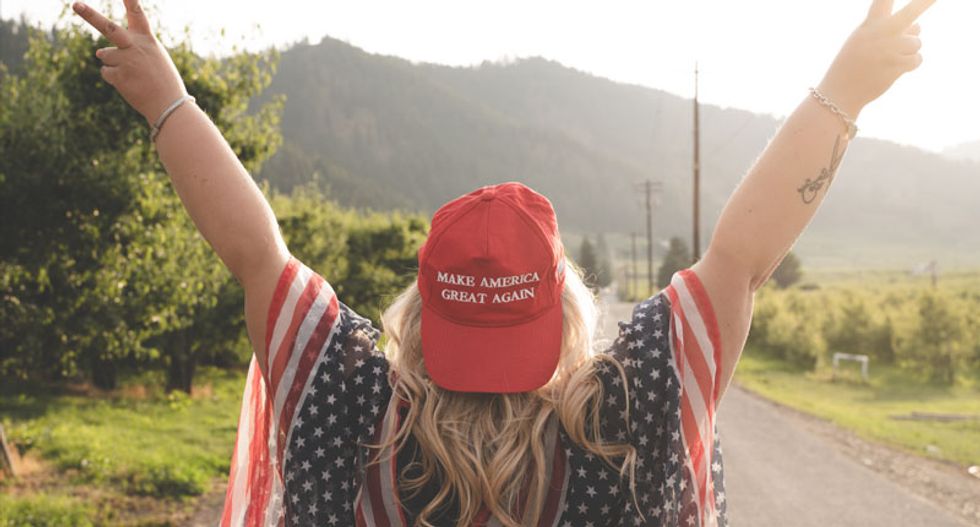 In an op-ed published at HuffPost this Monday, guest writer and lifelong Republican Allyson Reedy explains why she's removing her Republican elephant tattoo that's she's had since she was 18-years-old.

Twenty-one years later, Reedy sees an all-time high deficit, beyond questionable extensions and abuses of federal power, astounding private sector corruption, "and a president who insults everyone who calls him out on his lies as fake, weak, nasty dummies."

"That little red-and-blue pachyderm represents something different today than it did at the end of the Clinton years," she writes.

Reedy initially didn't believe her party would pave the way for Donald Trump to reach the presidency. But she says she's even more confused now then she was when he won in 2016.

"To me, Trump is about as un-Republican as someone can get. So why are we rallying around this guy?" she asks.

"He allowed unmarked federal agents to detain protesters in Portland, Oregon (someone should brief Trump on federalism). He convinced his fans that credible media outlets are the public’s greatest enemy, when our founding Republicans, or anyone with sense, will tell you that the media are the everyday citizen’s greatest weapon," Reedy continues, later adding that increasingly, the GOP "represents overreaching government power, empty moral soapboxing, racism and a lack of regard for anyone who doesn’t fall in line with the powers that be."

Read her full op-ed over at HuffPost.