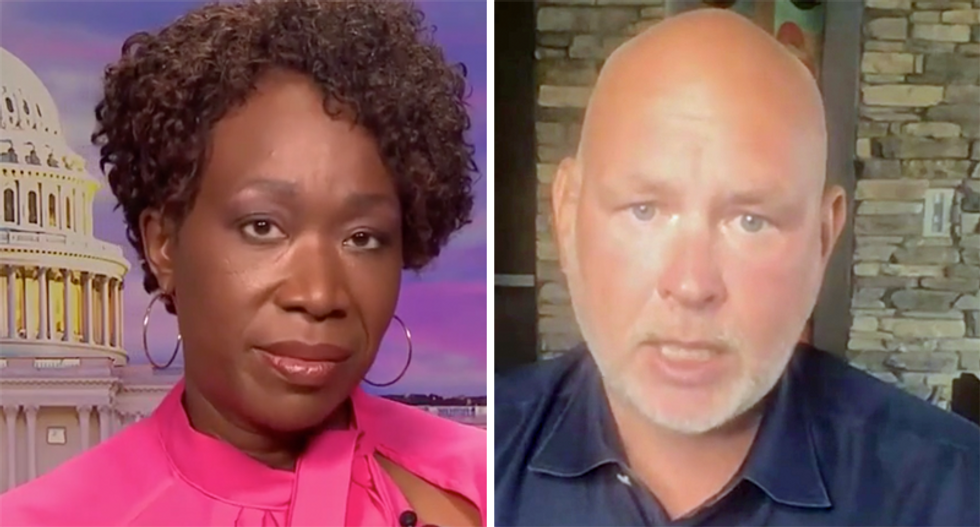 Schmidt was interviewed by MSNBC's Joy Reid on "The ReidOut," who asked him about the new tapes released by journalist Bob Woodward, showing that Trump was misleading Americans about coronavirus.

"Donald Trump has confessed on tape to the greatest and most deadly lie in all the long history of the United States, bar none," Schmidt charged.

"Every United States senator in the Republican Party who heard Trump, week-by-week, day-by-day, saying that this was a hoax, that it was a Democratic hoax, that it would magically go away -- not one of those people took to the floor of the Senate and said, 'What the hell are you doing?' Not one of them went to the oval office and said, 'Stop it, Mr. President, you're killing people,'" he continued.

"We could have had, and still can have a national strategy, but not unless and until Donald Trump is removed from power in an election of the American people to pick a new president because he has demonstrated a total incapacity to deal with this situation, this crisis, this pandemic," he continued. "And his failure ranks literally as the deadliest and the greatest by any American in the entire history of the country who has been charged with responsibility for other people's lives."