'Swindler': Here are 5 reasons why Trump's taxes will actually matter in 2020 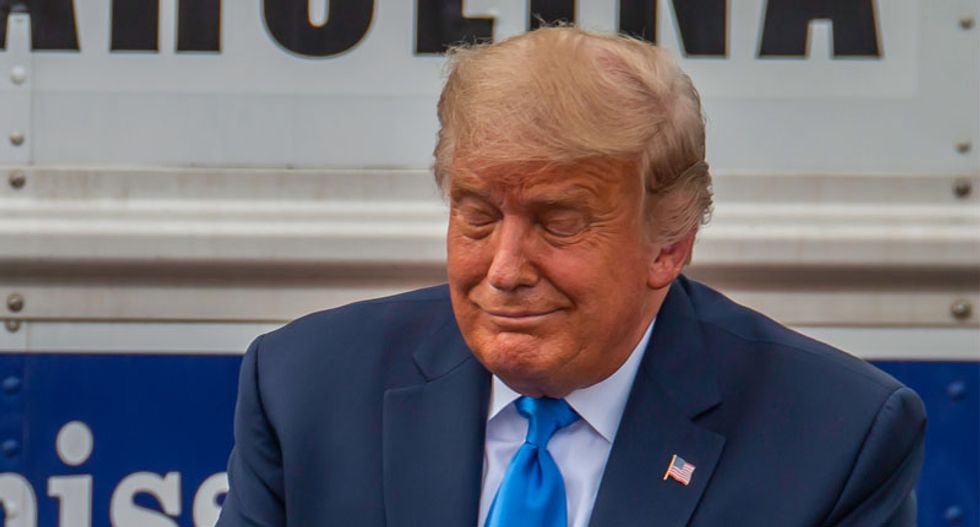 I've been a consistent proponent of the 'lol, nothing matters' school of analysis of the 2020 election. I've noted that voters are unusually locked in this cycle, that Trump's approval rating and the head-to-head polling have been remarkably stable and that his base consumes a diet of conservative opinion journalism and Facebook memes that insulate them from bad news for their guy.

And if one defines "mattering" as a dramatic cratering support for Trump, that will indeed prove to be the case with Trump's tax returns. This isn't an Aaron Sorkin script, and the scales won't suddenly fall from eyes of MAGA Nation upon discovering that the brilliant businessman they thought they were supporting is in fact a deeply-indebted tax swindler.

But The New York Times getting its hands on Trump's taxes is going to matter if we define that word realistically. The Supreme Court would not have had an opportunity to decide the 2000 presidential race if it hadn't come down to several hundred votes in Florida. Recent Senate contests have been settled by smaller margins and could again be this year. Donald Trump won the Electoral College in 2016 by 77,000 votes across three states—out of 136 million ballots cast. If just a small share of Republicans living in the right places decide to stay home, it could have an outsized impact on the outcome of the election.

First, Sunday's blockbuster scoop is just the beginning. In a memo to New York Times staff, publisher AG Sulzberger wrote, "we are continuing our reporting and will publish additional stories in the weeks ahead." Other outlets will, too.

Trump's taxes contain many threads to pull on, and reporters will no doubt produce a steady drip, drip, drip of bad news for Trump over the final weeks of the election. One big reason why most negative stories about Trump don't move the needle is that they get overtaken by other news and don't have an opportunity to stick. This one is almost sure to be sticky as reporters connect the many dots contained in Trump's previously opaque finances.

Second, Trump would very likely lose the election if it were held today, and desperately needs to expand his voter base beyond the 43 percent who currently support him, according to FiveThirtyEight's average, in order to have better than a marginal chance of winning the Electoral College. These stories are going to rattle Trump and take him off of his preferred messages about his Noble Prize nomination or Biden using performance enhancing drugs or anitifa menacing the suburbs or whatever.

Trump being broke, in debt up to his ears and facing considerable criminal liability also cuts straight to the heart of the image that Trump has so carefully cultivated over the years. It's exactly the kind of controversy that Joe Biden can exploit both during the upcoming debates and in the ad wars.

Third, it puts Republicans across the country and up and down the ballot in the uncomfortable position of having to defend their unwavering support for a tax swindler. And each new revelation will bring about a new round of awkward questions that they'd rather not have to tackle.

Fourth, the fact that Trump is desperate for cash, with close to a half-billion dollars in personally guaranteed loans coming due--and possibly a huge tax bill arriving at some point in the near future—paints many stories that the media have largely shrugged off in a new light.

When you talk about violating the Emoluments Clause, people's eyes glaze over, but when you point out that Trump has spent over one year of his first term visiting or staying at his own properties, and charged taxpayers unknown sums for rooms for security and staff on each occasion, it takes on new salience. The same is true for all the business and political organizations--and foreign entities--that have dropped massive sums at his DC hotel while trying to curry favor with Trump.

Finally, not everything can or should be boiled down to partisan politics. It matters that we have yet more evidence that the President of the United States is crooked. It's important that the American people know the truth even if it doesn't swing a single vote.