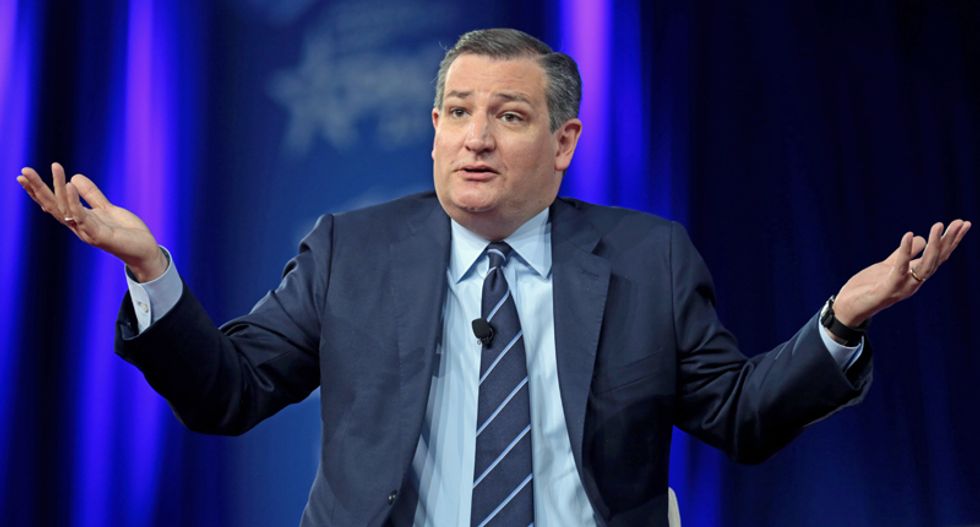 Sen. Ted Cruz (R-TX) was the butt of jokes on Friday as the hashtag "Ted Cruz has no balls" trended nationwide on Twitter.

It started when the Texas Republican accused liberals of never growing balls.

Unsurprisingly, many people in turn noted that Cruz has a subservient relationship with Donald Trump, who said his wife was ugly and suggested his father help assassinate President John F. Kennedy. Here's some of what people were saying about Cruz:

Does a man who sells his soul to someone who publicly called his wife ugly ever grow balls? https://t.co/DDkpMSGhpt
— Joe Walsh (@Joe Walsh)1599847797.0

I imagine Ted Cruz sending a tweet with a big smirk on his face, then the smirk getting more fragile and inauthenti… https://t.co/3eGyJe2OsT
— JRehling (@JRehling)1599863894.0

Remind me Senator are balls the things you had when Trump destroyed you, insulted your wife’s face, said your dad k… https://t.co/gUszaKjL0f
— Trevor Noah (@Trevor Noah)1599848602.0