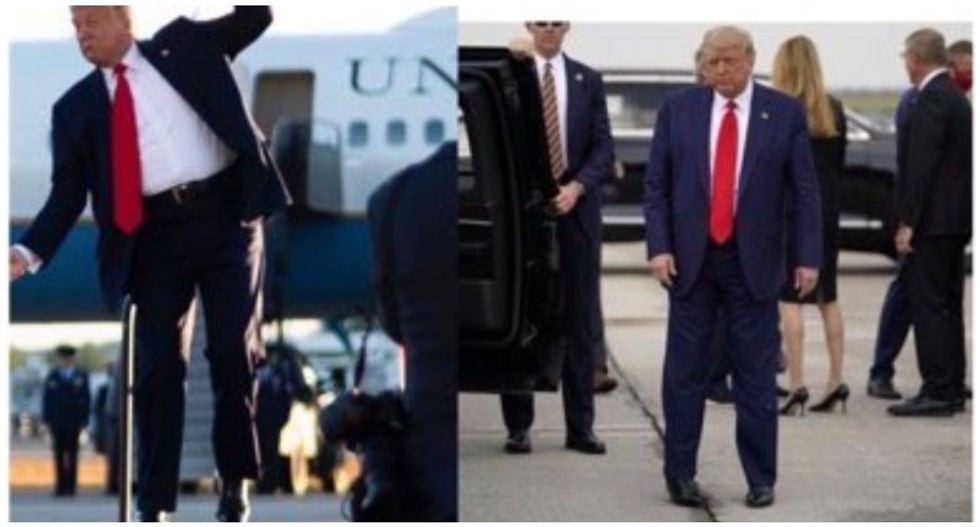 This Tuesday, President Trump denied that he had a "series of mini strokes" months ago that resulted in him visiting Walter Reed hospital.

“It never ends! Now they are trying to say that your favorite President, me, went to Walter Reed Medical Center, having suffered a series of mini-strokes,” Trump tweeted. “Never happened to THIS candidate - FAKE NEWS. Perhaps they are referring to another candidate from another Party!” he added, pointing to Joe Biden.

In the wake of the story, people noticed that the conservative outlet Drudge Report published an article featuring images of Trump losing his balance and dragging his feet.

Other said that Drudge's adversarial reporting on Trump is not a good sign for the GOP in 2020.

Matt Drudge, realizing the Trump Administration is going down fast and it's every person for themself now:… https://t.co/xkiqBQmQQm
— Charles Skaggs (@Charles Skaggs) 1598986100.0