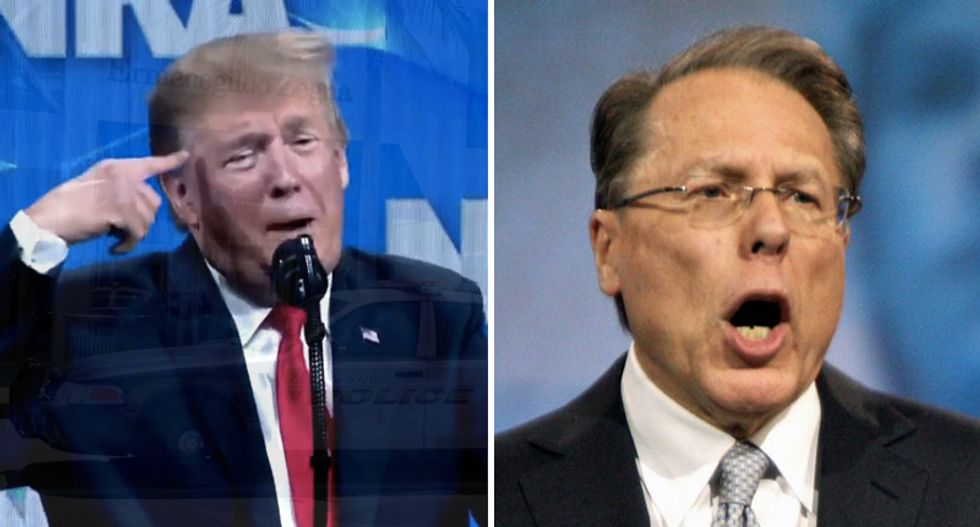 The National Rifle Association is still struggling to make a difference in the 2020 election, as they promised President Donald Trump. Their problem, however, is that they've got about one-sixth the money they did in 2016.

Axios reported Sunday that the group has vowed to support President Trump's re-election, but it isn't quite working out the way that they thought.

With "mounting fees from fights with regulators, internal infighting and the pandemic have devastated its finances — and could mute its future influence," said the report.

In an interview, the NRA spokesperson encouraged people not to think about 2016.

Amy Hunter explained to Axios that it's still September, so it "wouldn't be fair to compare where we are now with our spending with what we spent total in 2016." An indication they still plan to shell out some cash in the final days of the election. Still, the group hasn't reserved any ad time for October and November, and the spots are getting snatched up quickly.

Looking at what the NRA spent in 2016, by this time in 2016, the NRA had spent more than $10 million, more than twice of what they've spent this year.

"I think that there's no question about it even if you look over the last several years the NRA has fallen from maybe perhaps the most powerful political group in America to an organization that's on the brink of dissolution," Axios cited Everytown for Gun Safety president John Feinblatt.

"You know, there was a time, truthfully when ... both Democrats and Republicans shied away from the issue of gun safety out of fear of the NRA. That's anything but the case today," Feinblatt said.

The Pew Research Center shows that the NRA is losing the war against guns, with a majority of Americans who believe that there should be regulations on the weapons.