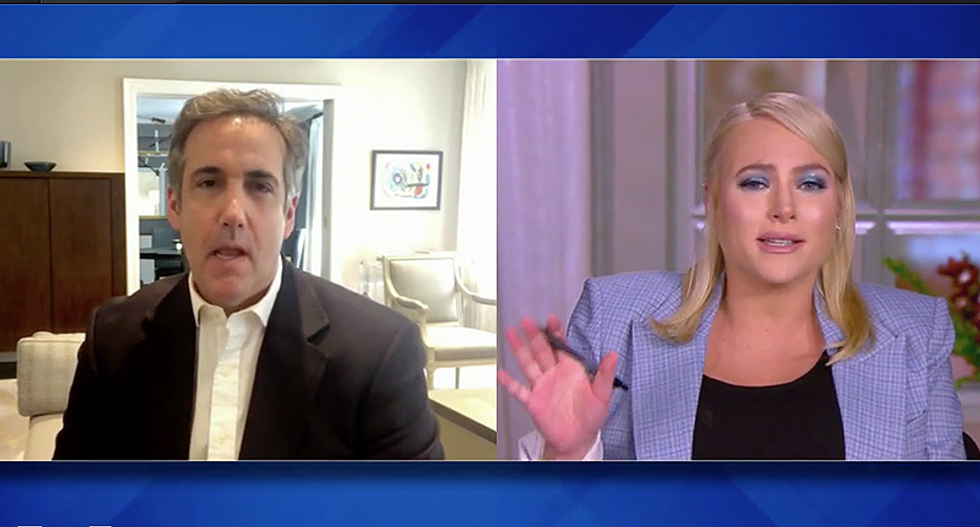 During an interview with "The View," former lawyer to President Donald Trump, Michael Cohen, said that his daughter is the one who truly changed him. She told him that he has Stockholm Syndrome, and he was able to walk away.

When co-host Meghan McCain asked Cohen why she should trust anything he says, he began by saying that he had enormous respect for her father, despite working for Trump, who had attacked Sen. John McCain frequently.

"Let me just begin by saying I believe that your father was a tremendous hero to this country," Cohen said, disputing Trump's claim that McCain wasn't a hero because he was captured.

McCain went on the attack, interrupting Cohen and saying that Trump attacked her father before he was even the GOP nominee.

"That doesn't get that far with me. He said that before he was the nominee, and again, I understand, but I knew who President Trump was from day one. It doesn't take your book to tell me differently," she said.

"And what was your question?" Cohen asked.

"What made you change your tune other than money and why should I believe you because you're an admitted liar?" she asked.

"Well, okay, you do have to look at what the lies were all about," said Cohen. "They were at the direction of, and for the benefit of Donald J. Trump. I've said that since day number one, and first and foremost, I also want to say I have been a Democrat my entire life, so when you say I'm switching sides, do you mean Republican/Democrat?

McCain said it was about doing Trump's bidding.

"I think it was my daughter who recently had an article about her in Vanity Fair, and she was even on CNN this morning," Cohen said. "I was suffering from what she termed Stockholm Syndrome. My need to please him, very much like 30 percent of the population right now was greater than my ability to control my own moral compass. And again, when talking about the lies, we were talking about, you know, my statements to Congress about whether or not I spoke to Donald Trump about a failed real estate project in Moscow three times or ten times, versus of course, the 30,000 plus lies that the president had been telling. But what really made me change my mind the most is I started watching day-to-day, the things that he's doing, and the behavior that he's exhibiting that's dividing this country in such a way that I cannot support this type of behavior any longer, and it has nothing to do with money."

He went on to describe the warmth that Trump gives a person when they do what he wants. He said that it conditions people into doing Trump's bidding.