'There is no justice for Breonna Taylor’s family’: Martin Luther King III 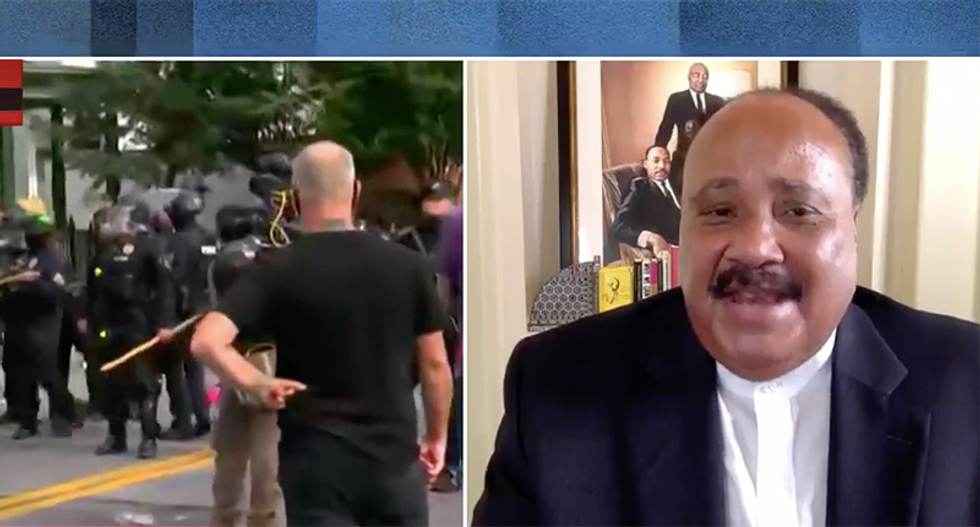 In wake of the announcement that no police would face consequences, after shooting Breonna Taylor while serving an illogical warrant, protesters took to the streets with frustration and anger.

The grand jury announced that it would charge one police officer for wanton endangerment for firing his gun blindly into Taylor’s apartment and hitting nearby housing. Taylor had dated a man several months prior who was already in police custody, but police wanted to search her house because they thought her ex-boyfriend was getting mail there. Taylor's boyfriend thought their apartment was being burglarized, called 911 and braced for being attacked by the possible burglars. Taylor wasn't suspected of being involved in her ex-boyfriend crimes, but the judge in the case agreed to the "no-knock warrant" anyway.

In an interview with MSNBC, Martin Luther King III said that it is clear there will be no justice for Taylor's family.

"The fact that the system of justice has to be, make some serious corrections," he explained. "Because there seems to be no justice for Black people and, specifically, for Breanna Taylor's family. This is a great, great tragedy. All of six months we've seen this escalate. We've seen -- we've heard about investigations. We do not know what was presented today, but we do know that this is beyond tragic. And it goes to show just how and why it's so important to engage in elections, I think. Because there won't be any justice coming from the White House, from the Justice Department."

King said that it doesn't look promising from the state of Kentucky either, where the government is predominantly run by Republicans.

"I do believe, yes, protesting must continue," he continued. "But it's a sad, sad day. I mean, how many mothers are going to have to sit down and fathers with their children tonight at dinnertime to tell them that their lives do matter, particularly as it relates to Black women? I know my wife and I are going to have to talk to our daughter, because she's going to be raising questions about this, obviously, not something that does not seem to be just and fair."