‘They’ll get away with it’: Strategist explains how GOP federal judges will help Trump steal election 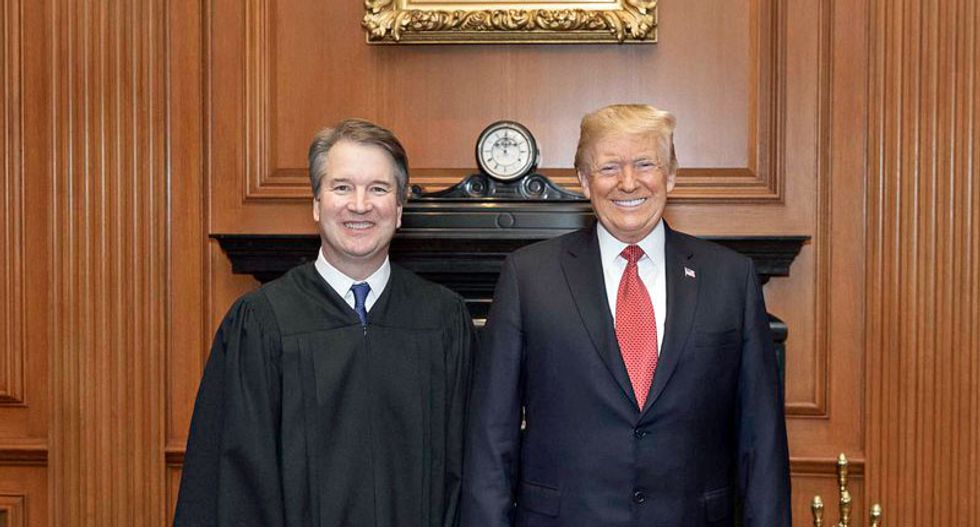 President Donald Trump will remain in power if he narrowly loses the 2020 presidential election, with conservative judges poised to help him "steal" the election, a longtime Democratic Party strategist warned on Tuesday.

MSNBC anchor Brian Williams interviewed James Carville about the Supreme Court vacancy and how it could impact any legal wrangling about counting the votes.

"James, that's a pretty neat trick, the president is gaslighting out in advance voter fraud that he is promoting, ergo the need for nine justices on the court, which doesn't exist in law. The court has functioned just fine with eight during times of a death or a recusal," Williams noted. "Be that as it may, if Trump fills this seat before the election, in your view, how does that change the dynamic of the election?"

"If this election is remotely close, they'll steal it, and the Supreme Court will let them," Carville replied.

"Let's not forget this century started with them stealing a race in Florida," he reminded. "They stopped an ongoing vote count and gave the election to [George W.] Bush. Since then, they've gotten away with everything they want to," he warned.

"The only protection Democrats have is they have to win by such a margin that makes it impossible for him to overturn the election. But believe you me, they have every intention -- if this race is anywhere near remotely close of overturning the result," he warned. "And I don't have any doubt about that. He understands that because if he loses this election, he knows what's going to happen to him, he's going to the penitentiary."