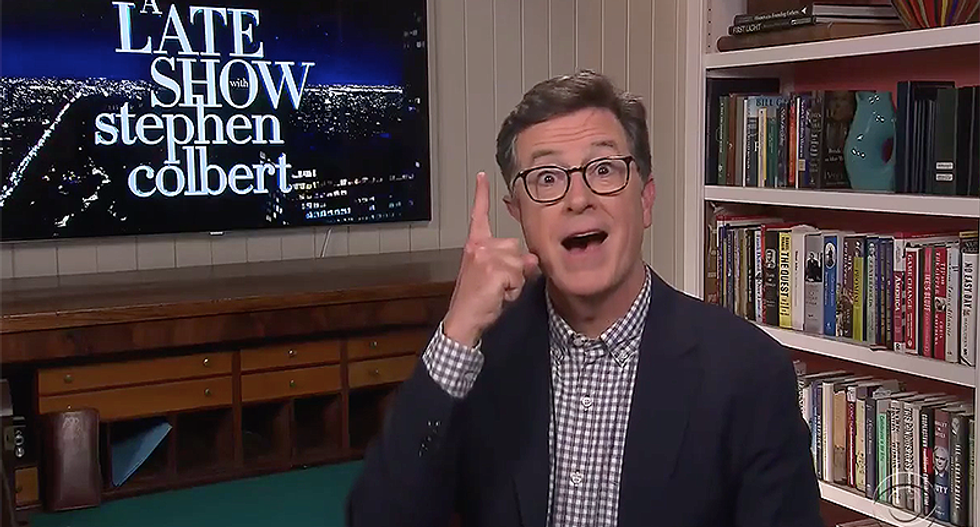 A 73-year-old woman who voted for President Donald Trump in 2016 now says she won't consider voting for him again this year -- and comedian Stephen Colbert gets partial credit for changing her mind.

In an interview with Slate, lifelong Colorado Republican Helen Lyon said that she used to feel annoyed when her Democratic husband would watch Colbert, who has made mockery of the president a staple of his show on CBS.

"I would kind of get ticked off because he was making fun of my president," she said.

However, over time she found that Colbert would recite shocking things that the president had said that were not being covered by conservative media outlets.

"Did [Trump] really say that?" she said she found herself asking. "Did he really tweet that? Did he really do that?"

She did some research to discover that Trump actually did say the things Colbert claimed -- and she began to question whether she could support him again.

But what really pushed her over the edge, she explained to Slate, was his response to the COVID-19 pandemic.

"When COVID came, and the way that he handled it and just said it was going to go away, I guess that was finally the minute that I was able to step out of that cognitive dissonance and say, ‘I cannot -- I cannot -- vote for this man,'" she said.