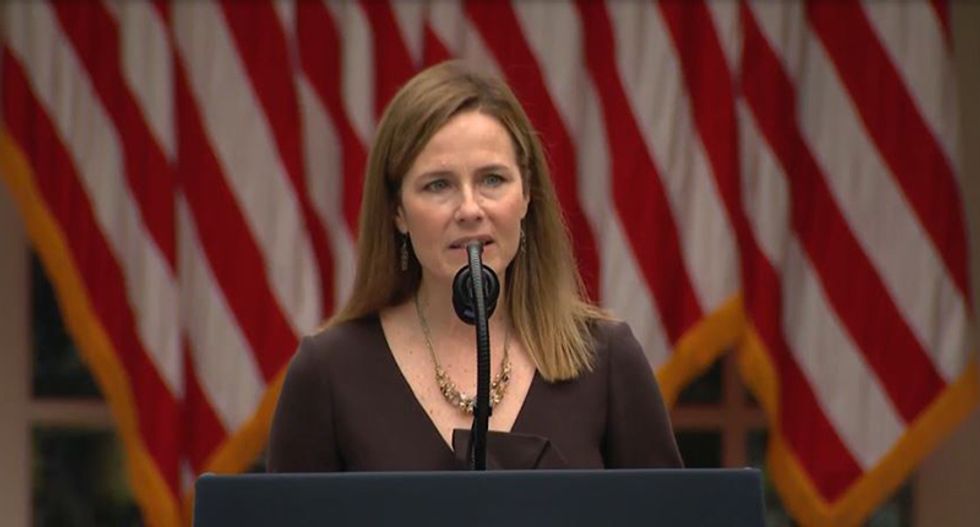 “We truly do believe that Judge Barrett represents the best of America personally, in terms of her great intellect, her great background, and we have every confidence that as the American people learn more about Judge Amy Coney Barrett, they will be as inspired as President Trump was when he made her nomination,” Pence told The New York Times.

If confirmed to the Supreme Court bench, Barrett would heavily tip the scale conservative with a 6-3 majority on the court. McConnell declined to comment on whether or not Barrett would be required to recuse herself when prompted on a vote concerning the election’s legitimacy should a case challenging the election come to fruition and a peaceful transfer of power not be possible.

On the flip-side Tuesday, more than 1,500 alumni at Rhodes College, Barrett’s alma mater, have signed an open letter opposing her nomination.

“Many of us also were contemporaries of, friends of, and even sorority sisters of Amy Coney Barrett,” the letter read. “However, despite the respect that many of us hold for her intellect, and even the friendship that many of us held or continue to hold with her, we are firmly and passionately opposed to her nomination.”

The letter continued, "Judge Barrett also fails the Rhodes values test on the grounds of loyalty. Indeed, many would argue that by even accepting President Trump’s nomination less than two months before an election, she is endorsing the rank hypocrisy and disloyalty to their own claimed principles of the Republican senators who blocked President Obama from appointing Merrick Garland to the Supreme Court more than eight months before the 2016 presidential election, but who are now vowing to rush her nomination through the Senate. But even Judge Barrett’s own words on this topic indict her."

The full letter can be read via Facebook on the Rhodes College Alumni Against Amy Coney Barrett’s Nomination page.