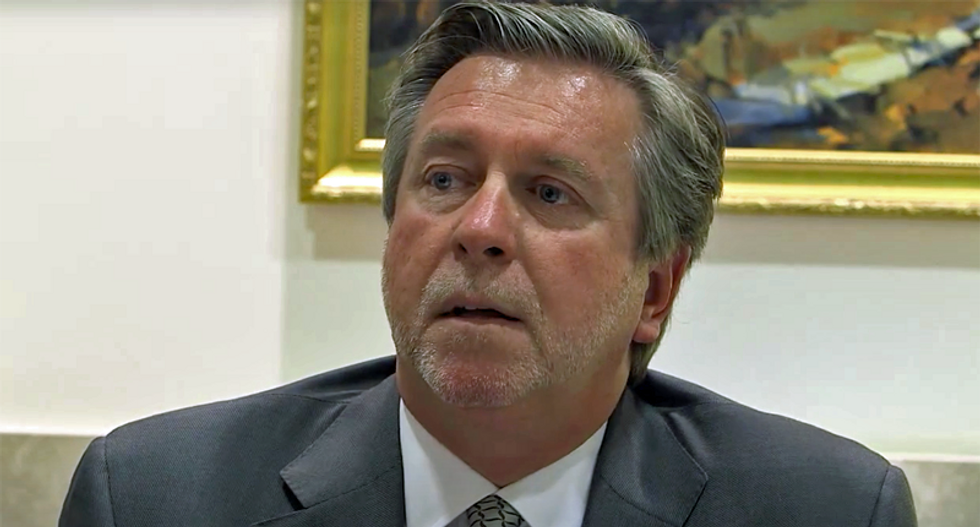 The news marked the latest in the U.S. Chamber of Commerce's controversial past few months as the governing body made a drastic move to endorse nearly two dozen freshmen House Democrats for reelection - a sharp departure for the traditionally conservative Chamber, which committed over $100 million backing Republican candidates over the past 10 years.

In a letter to national Chamber leaders at the time, Chamber President Chad Warmington voiced his opposition to the endorsement of vulnerable House Democrat Rep. Kendra Horn from Oklahoma.

“I question how the U.S. Chamber could endorse a candidate who consistently voted against the largest industry in Oklahoma, employing over 90,000 workers throughout the state," Warmington wrote. "That is hardly a pro-business record. I am also concerned the U.S. Chamber would endorse a congresswoman that voted in lockstep with Nancy Pelosi and other Democrats who are not pro-business nearly 90 percent of the time.”

Warmington added, “I don’t believe an endorsement of Congresswoman Horn is warranted at this time and certainly not justifiable based on the current record of consequential votes impacting Oklahoma businesses.”

GOP House Leader Kevin McCarthy singled out the endorsement of Horn as proof that the Chamber had "sold out" Republicans.

"You had Oklahoma... They wanted to endorse Stephanie Bice, not Kendra Horn that's sitting and backing Pelosi or the 'Green New Deal,’” McCarthy told Fox News.

Thomas Wilson, chairman of the Chamber’s executive committee, said in a statement that "the Chamber’s board has actively and successfully supported more bipartisanship in Washington since 2016 so we can create jobs and economic prosperity,” adding that “our priorities cut across party lines.” Adding, “We are excited about the positive impact our enhanced endorsement criteria is having on creating better solutions for America."

Roy Williams, president and chief executive officer of the Oklahoma City Chamber, wrote in response: “It has been brought to my attention that the policy of the U.S. Chamber is to reach out to local chambers before endorsing freshmen members of Congress. It has been communicated to me that an endorsement of one of our members of Congress is in line … but I … have not been contacted by the U.S. Chamber regarding this issue. So either I misunderstood the policy, or the policy is not being implemented. So I would appreciate a clarification.”

As the 2020 election train rolls into the last stop, the dissension among members of this group is formidable at best - and disorganized, to say the least.

Reed has been a top conservative strategist for decades and managed the 1996 presidential campaign of then-Sen. Bob Dole (R-KS).