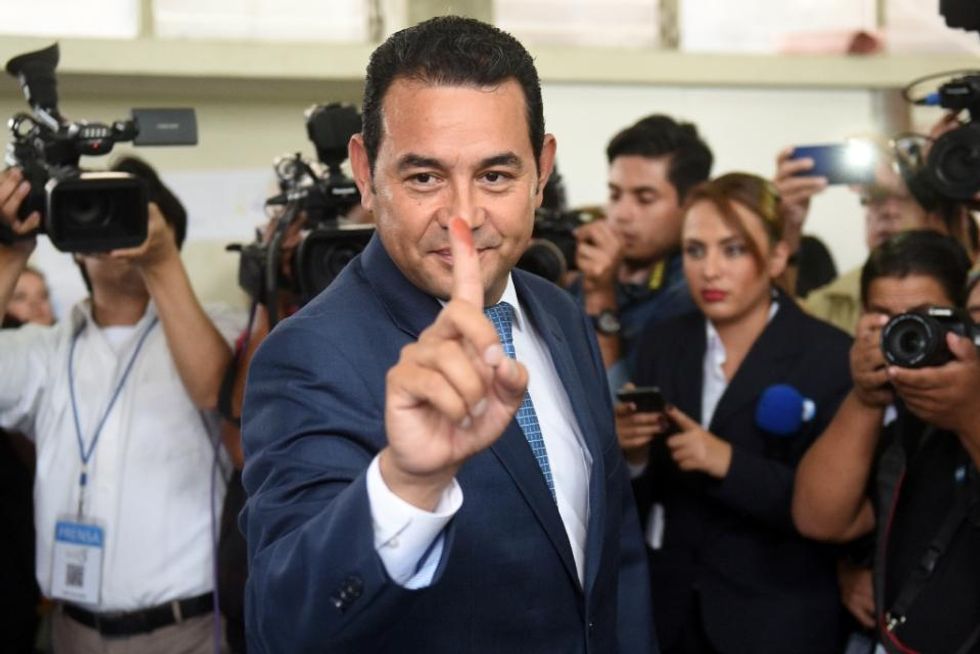 According to The Daily Beast, Iván Velásquez, a Colombian prosecutor known as the "Robert Mueller of Latin America," is alleging that President Donald Trump shut down U.S. support for an international anti-corruption probe into former Guatemalan President Jimmy Morales — in return for Morales collaborating with Trump on controversial immigration policies central to his re-election bid.

"Ultimately, Velásquez says, the exchange was simple: Trump withdrew U.S. support for an international anti-corruption force that was investigating Morales and his family. Morales offered Guatemala’s material support for policies at the heart of Trump’s re-election bid," reported Aaron Glantz and Anayansi Diaz-Cortes.

"Velásquez’s anti-corruption force 'was a bargaining chip,' a senior policy adviser in the State Department told Reveal," said the report. "He said he had no direct evidence of a quid pro quo. But the commission 'was clearly something Morales wanted to get rid of, and we were happy to oblige by not backing it, supporting it when it needed us most.' The key for the administration was securing Morales’ support for policies intended to keep Central Americans from arriving at the U.S. border, the official said. 'Nothing mattered except stopping brown people from coming into this country,” the adviser said. “All of our other policies were just subordinate to that goal.'"

As Trump withdrew support for the corruption probe, Morales partnered with the United States on a controversial "safe third country" agreement. Under the deal, many lawful asylum seekers arriving at the U.S. border were unloaded in Guatemala, including some who had no connection to the country, and often without being told where they were going and why.

Meanwhile, said the report, the failure of the corruption probe in Guatemala led to "a collapse of the rule of law reminiscent of the bad old days when military strongmen ruled."

While there is no direct evidence of a quid pro quo, such an arrangement would be similar to the scandal surrounding Ukraine and the impeachment inquiry — where Trump allegedly conditioned military aid against Russia to Ukraine on their president announcing an "investigation" into Joe Biden's family and their holdings in a Ukrainian energy company.