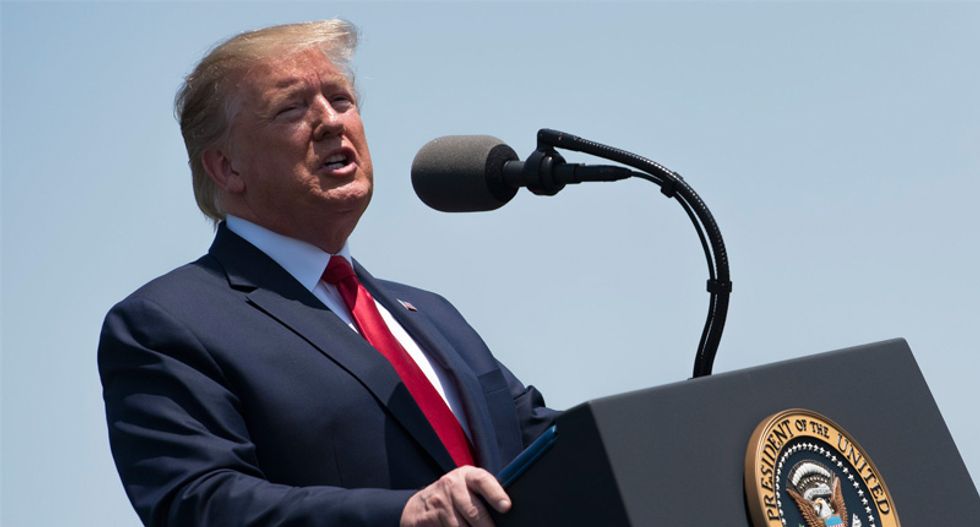 As Donald Trump scrambles to recover from reports that he disparaged fallen U.S. soldiers, there are new claims that the president might shakeup leadership at the Pentagon.

The president has reportedly talked to Veterans Affairs Secretary Robert Wilkie about becoming the new defense secretary if he fires Mark Esper, according to NBC News. But his allies are warning him not to act before the election.

The White House, Pentagon, and Veterans Affairs Department all declined to comment to NBC – and one official anonymously pushed back on the report, saying "There are no plans to replace Secretary Esper.”

But the Wall Street Journal has previously reported in June that Trump nearly fired Esper for not for backing the idea of using military troops to quell protests. “Trump was furious,” the Journal said.

Now, NBC News reports that Trump’s allies inside and outside the White House are urging him to stick with Esper until the November 3 election. They warn that ousting the defense secretary would create turmoil.