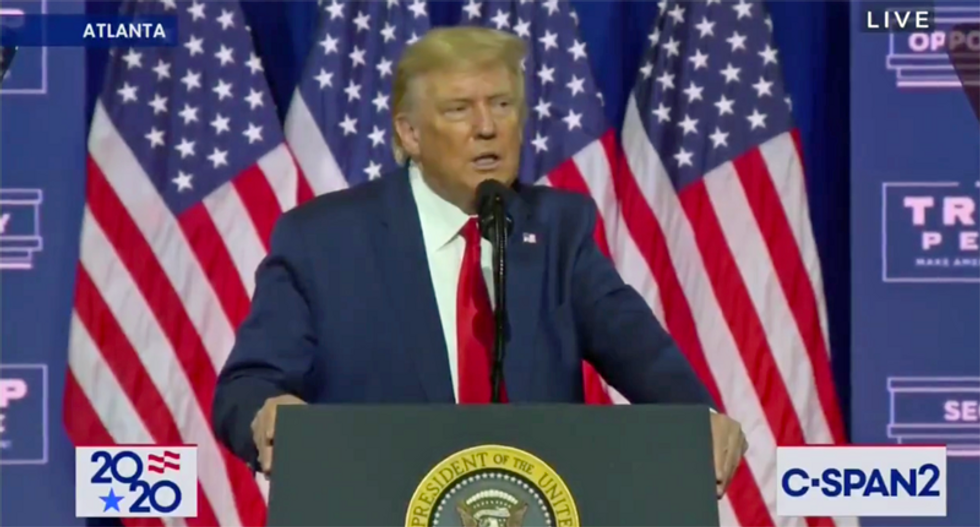 Speaking before a "Black Voices for Trump Coalition" rally in Atlanta, President Donald Trump lashed out at Americans who have protested police violence against Black Americans.

The crowd at the "Black Voices for Trump Coalition" booed at the mention of BLM.

He went on to claim that protesting police injustice is "destroying many Black lives."