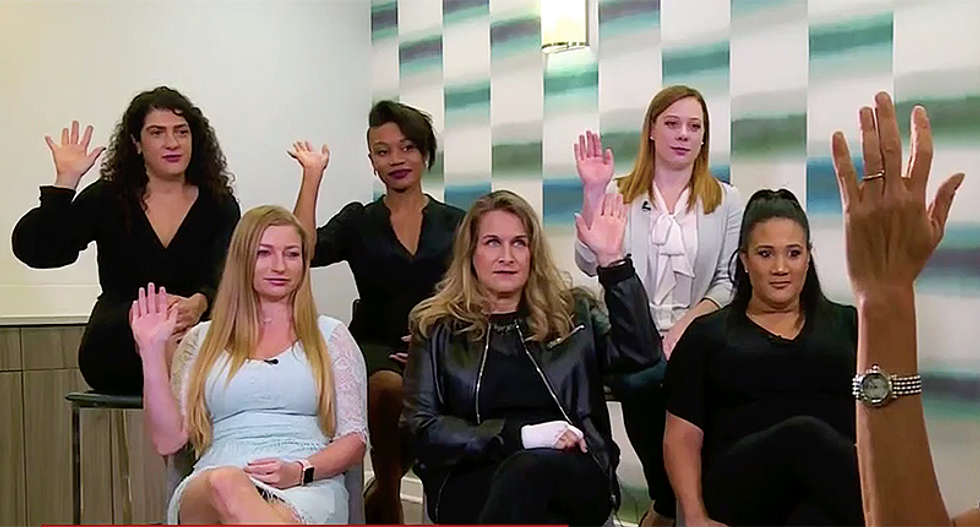 Betty Jones voted for President Donald Trump in 2016, but the lifelong Republican has her doubts she will do it again this year.

The federal response to the coronavirus pandemic that has killed about 200,000 Americans and forced older adults to restrict their activities has her contemplating a leadership change.

It “makes me unsure,” said Jones, 78, of Largo, in Pinellas County, Florida. Before COVID-19, she said, she would have definitely voted for Trump.

Polls show that many people will have the pandemic and its public health and economic consequences on their minds when they cast their votes — whether by mail or in person — this fall. Early in-person voting starts Oct. 19 in most Florida counties, including Pinellas.

Even if the issue leads a tiny proportion of them to change their choice for president, it could have huge consequences in battleground states like Florida, which Trump carried in 2016 by about 1 percentage point.

Within the Sunshine State, few places loom as large in the race for the White House as here in Pinellas County, the largest swing county in the ultimate swing state.

Pinellas, with nearly 1 million residents, has been a political bellwether in recent years, having voted for the winning presidential candidate in every election since 1980 — except for the disputed race between George W. Bush and Al Gore in 2000.

This county just west of Tampa known for its sugar-white beaches is nearly evenly split between the major parties, with 251,000 registered Democrats and 245,000 registered Republicans. An additional 200,000 voters registered as independents.

The city of St. Petersburg, in the southern part of the county, is a Democratic stronghold, while the northern half of the county is more Republican. The county is largely a white suburban area, with a large, older middle-class electorate.

Democrats are hoping Pinellas will help tip the statewide balance to former Vice President Joe Biden this fall — and they expect a boost from residents spooked by the pandemic. The county has been hit hard by COVID-19 with more than 20,000 cases, 2,000 hospitalizations and 700 deaths. It has the highest COVID-19 death rate of the state’s most populous counties.

Older voters have been deeply affected by the coronavirus since they face a high risk of serious complications and have had to curtail their lives dramatically to avoid the virus. Steve Schale, a Democratic strategist in Tallahassee, said those factors should help Biden do well with this key voting group. About 1 in 4 Pinellas voters are 65 or older.

“There is no world where we win Florida without Pinellas,” Schale said. “If we win there by a few points, it’s a harbinger of good things.”

A tiny shift in voter preferences could have major implications, he added.

While about one-third of Florida voters said the economy was their leading issue in the presidential campaign, Democrats were seven times more likely than Republicans to cite the coronavirus outbreak as their top issue, according to a KFF and Cook Political Report survey of three Sun Belt states released Thursday. Nearly a third of Democrats said the pandemic is their most important issue, while just 4% of Republicans and 17% of independents chose the coronavirus outbreak.

The poll of 1,009 Florida voters was conducted Aug. 29 to Sept. 13. The margin of error for Florida results is plus or minus 4 percentage points.

The survey found Biden and Trump virtually tied in Florida with 11% undecided.

National surveys show the pandemic — and its impact on the U.S. economy — are key issues for voters.

A Pew Research Center poll in August found that 62% of voters overall say the outbreak will be a very important factor in their decision about whom to support in the fall. For Trump supporters, however, the economy (88%) and violent crime (74%) are the most salient issues.

By contrast, the largest shares of Biden supporters view health care (84%) and the coronavirus outbreak (82%) as very important. According to an August Georgetown University poll of Florida and other battleground states, 38% of respondents said they approve of how Trump is handling COVID-19, while 60% said they disapprove.

John Andrew Barnes, 33, of Largo, said he knew he liked Biden before the pandemic, but the Trump administration’s response to COVID-19 reinforced his decision. Trump’s “blatant distrust” of the Centers for Disease Control and Prevention and other experts and what Barnes viewed as a lack of national response left him unsatisfied, he said.

Yet, among Republicans, the president’s decisions on coronavirus policies have played well and some are nervous that Biden’s efforts to curb the virus might undercut the economy even more.

Ricard Gregorie, 54, of Largo, said the federal government’s response to the pandemic has “absolutely been incredible.” For Gregorie, the quick distribution of ventilators and maintaining an open economy were decisions that reaffirmed his support for Trump. “We can’t ask for miracles,” he said.

Carl Joyner, 35, a firefighter who lives in St. Petersburg, said COVID-19 has not affected his support for Trump. He opposes anyone who wants to force him to wear a mask. He backs Trump’s position to quickly open businesses and schools.

“People are living paycheck to paycheck here and the hospitality industry here really got lambasted,” he said.

That’s also what more than a dozen Pinellas voters said in interviews in shopping centers over the past month.

Pinellas has a large working-class community that is trending Republican, Pedicini said. It’s a county in transition with many elders aging out and a younger, more diverse population moving in.

Most political experts say that even in swing counties fewer than 10% of voters switch their party support from election to election. As a result, victory likely depends on who can turn out his base of voters.

In Florida, Hispanic as well as Black turnout declined markedly in 2016, from 59% in 2012 to 52%, according to the nonpartisan Brookings Institution.

Given Trump’s poor approval ratings, the upheaval in the economy and polls showing voters’ disdain of the federal response to the pandemic, there is just no way you would expect the president to win reelection, said Stephen Craig, a political science professor at the University of Florida. “If history holds, Joe Biden will be president. But Trump is a candidate who breaks all the rules.”

US President Joe Biden has read a letter from Brittney Griner, the women's basketball star who has been detained in Russia since February, and freeing her is a "priority," the White House said Tuesday.

Griner's family had on Monday released portions of her handwritten letter to Biden, in which the WNBA star implores the president to "do all you can" to win her release.

Pene Pati remembers his teachers at university telling him: "Don't be ashamed if you don't make it because a lot of Pacific singers won't." In fact, they added, no one from Samoa had ever become an opera star.

Pati's reaction? "Well, I'll be the first and I'll prove you wrong."

'The base is out for blood': GOP plots vengeance campaign against J6 committee

House Republicans are threatening a vengeance campaign against the Jan. 6 Committee if they retake the majority next year.

The select committee's public hearings have drawn millions of viewers and painted a damning portrait of Donald Trump's efforts to overturn his election loss, but Republicans to set up their own committees to target President Joe Biden if House minority leader Kevin McCarthy (R-CA) holds the gavel, reported Axios.