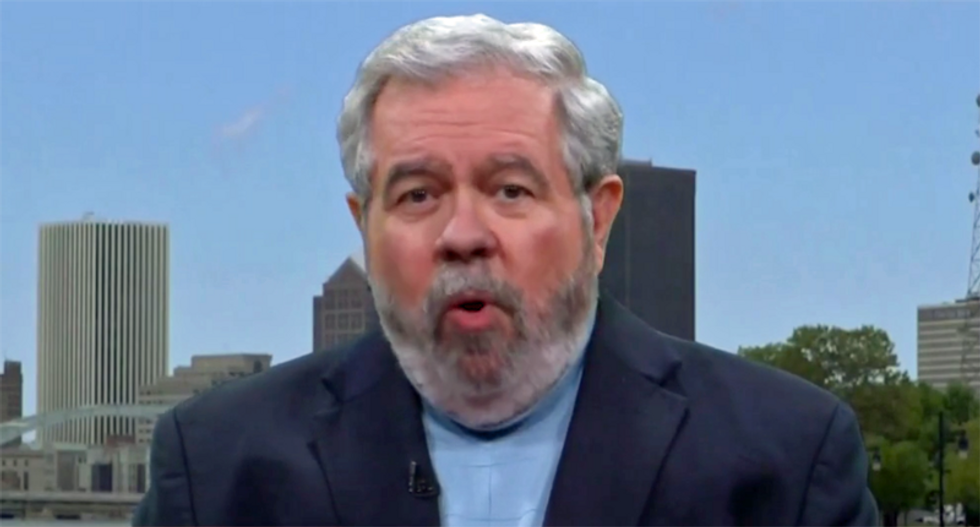 Pulitzer Prize-winning investigative reporter David Cay Johnston has literally written the book on President Donald Trump and his finances. Trump's supporters have already gone after the report saying that it vindicated the president because there was no mention of Michael Cohen or Russia anywhere in the New York Times bombshell report.

Breitbart editor-at-large Joel Pollak celebrated the news and claimed, without evidence, that the taxes must have come illegally from the IRS. The personal tax returns did show, however, that Trump made an absurdly large amount of money from handling the Miss Universe pageant in Moscow.

As Cay Johnston explained, those things wouldn't be on Trump's personal taxes; it would fall under the Trump Organization.

"This is a stunningly detailed report that goes into essentially everything that you would know from the tax returns that isn't what you'd know about his business. For example, nothing in here about Russia and whether the money he's gotten we know he's gotten from Russia, because that would be business records, not tax records," he explained.

He went on to note that the most important details revealed in this report are that Trump is a fraud and the worst businessman in America.

"Think about this: in just the years, 2008 and 2009, Trump took $1.4 billion of losses," Cay Johnston explained. "$1.4 billion in those two years. Now from the years just before that, 2005, the year to which I got his tax return mailed to me at my home, and I believe by Donald himself, and 2006 and 2008, he paid $70 million or something called an alternative minimum tax. As a real estate developer, that's a tax he gets back essentially it makes you loan the money to the government at zero interest, and you take it back. So, he paid $70 million of that, and more than half was from the year 2005 and not really a tax bill. It's a temporary tax bill."

"We understand their finances, and I agree with John Harwood I think pointing out that this suggests Donald Trump needs the presidency right now because bills he has coming to including more than $300 million of loans he personally guaranteed. The very issue that caused him to have a financial collapse in 1990 when I was covering him, only then he had $3 billion in personally guaranteed loans he could not pay back," he explained.

In a separate interview with MSNBC, Cay Johnston also noted that one of the report's toplines is that Trump paid more in taxes to other countries like India, the Philippines, Panama, and other locations than the United States.

"What this illustrates is why Donald Trump doesn't want you to see his tax returns," he explained. "And he has good reason to try and argue falsely that he can't release his return because he's under audit. Once you sign your return, nothing changes by releasing it. There is no legitimate reason for Donald Trump to withhold his tax returns. This is entirely something he's trying to do to protect his image."

Watch the interviews below: