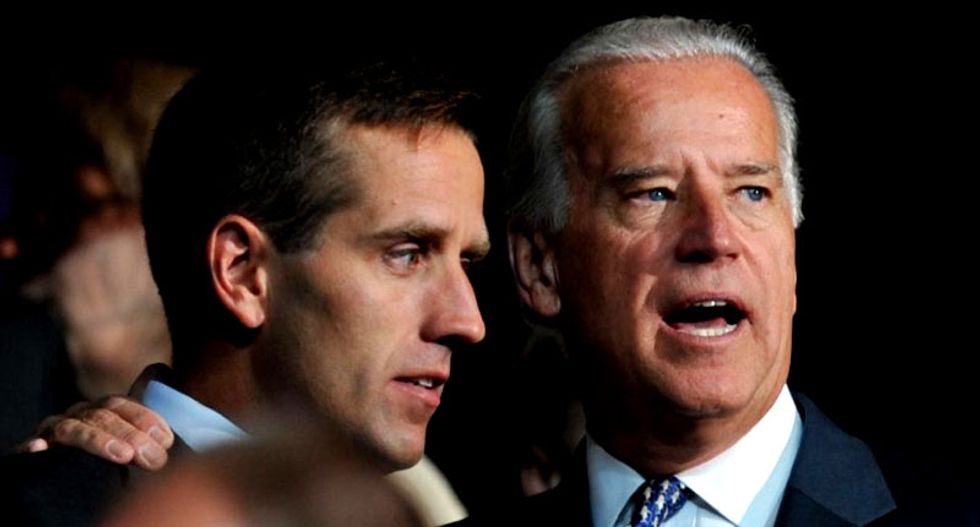 President Donald Trump's rapid-response staffer Francis Brennan chose to mock Biden as he walked through the Delaware cemetery to his son's grave. 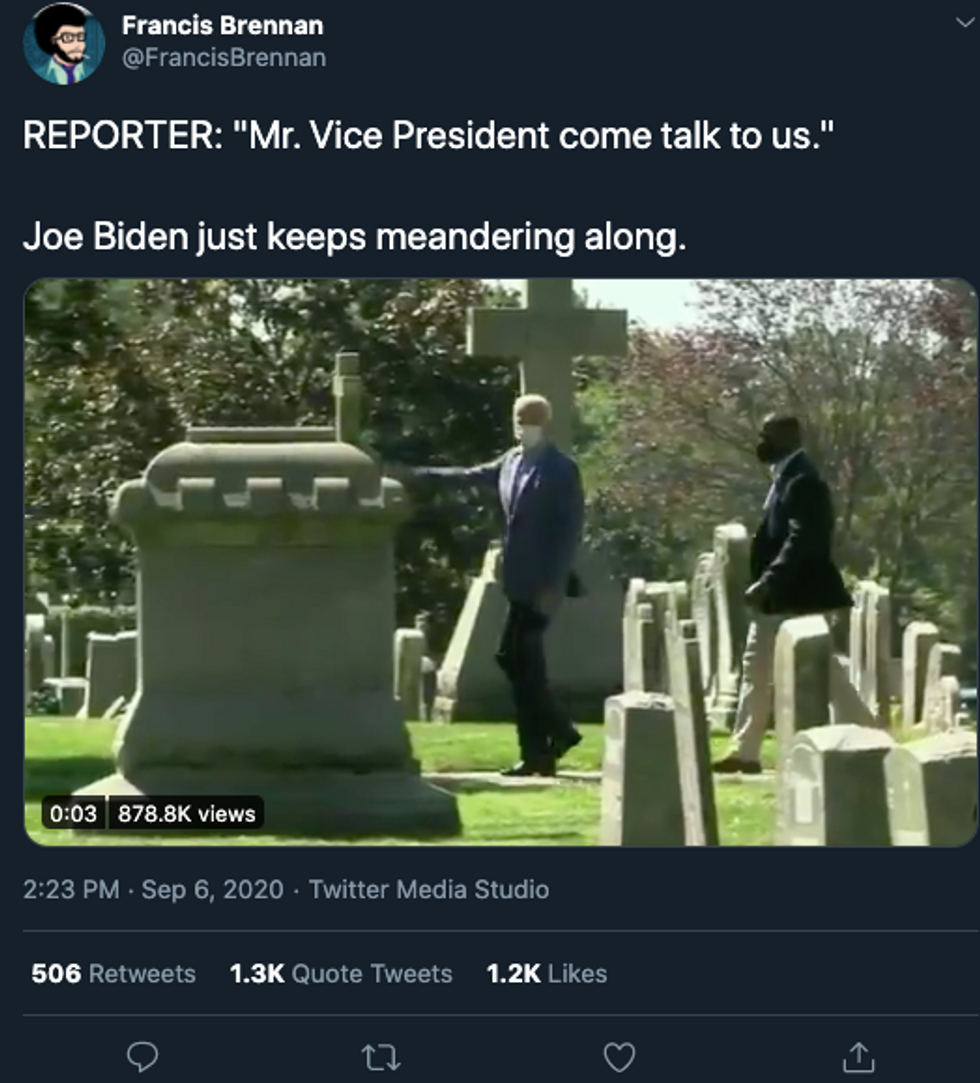 The Democratic candidate didn't run for president in 2016 because his family had just lost Beau and they weren't ready to wage a national campaign.

The former VP still wears Beau's rosary and even went so far as to tell "Morning Joe" that it should be his son running for president.

"Beau should be the one running for president, not me. Every morning I get up Joe, not a joke, and I think to myself, 'Is he proud of me?" said Biden.

"He's the one who wanted me to stay engaged," Biden told Scarborough. "And it didn't mean I had to run for president, but he was worried I would walk away from what I've worked on my whole life."

Beau is buried with his first mother Neilia Hunter and sister Naomi Biden.