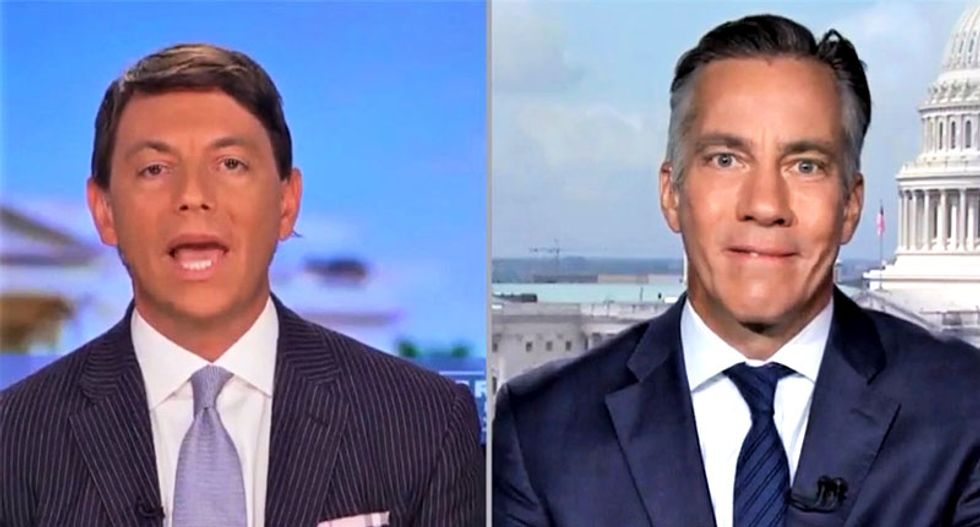 Trump campaign spokesman Hogan Gidley on Wednesday got into a heated exchange with CNN host Jim Sciutto, who repeatedly cornered him on President Donald Trump's embrace of QAnon conspiracy theories.

During the interview, Sciutto asked Gidley to comment on the president's recent rant about antifa agents filling up an entire airplane and flying together to spread anarchy throughout the United States.

"The president has been sharing a whole host of unfounded conspiracy theories, many of them sourced from QAnon, which I know you're well aware of," Sciutto said. "I just wonder, does the president actually believe some of these theories or is he just trying to keep the support of QAnon people?"

Gidley at this point tried to plead ignorance.

Sciutto then recited some of the conspiracy theories the president has pushed, and Gidley said that he hadn't actually spoken with the president about any of them.

"QAnon, as you know, started with the conspiracy theory that Democrats and Hollywood stars are running a child sex ring out of a pizzeria here in Washington," he said. "Does the president believe that QAnon conspiracy theory?"

"Again, not to my knowledge," he replied. "I've had no conversation with him about that, we're not focused on that here."

"What do you mean share stories?!" asked an exasperated Gidley, even though Sciutto had already given him multiple examples of the president sharing QAnon conspiracy theories.