Trump defiantly refuses to condemn extremists groups at debate: 'Proud Boys, stand back and stand by' 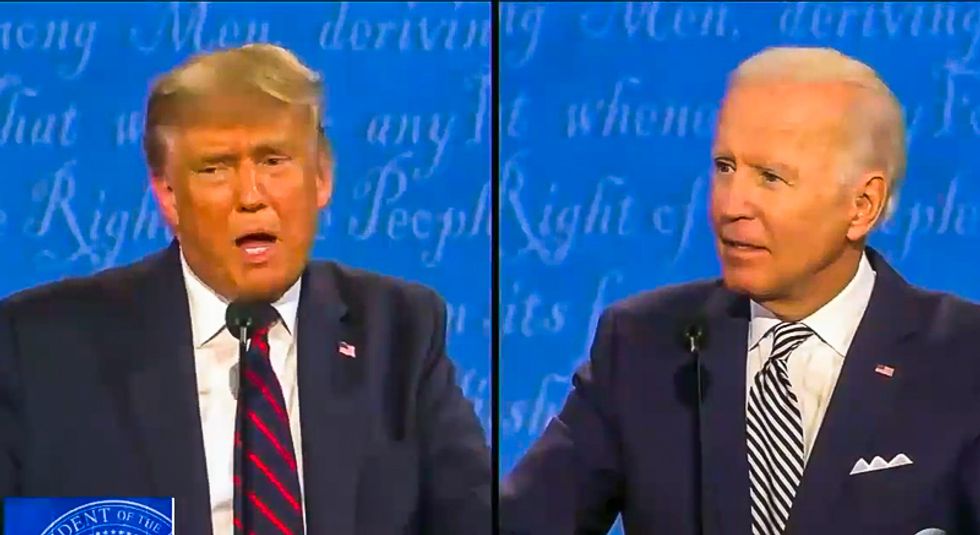 At his first 2020 presidential debate, Trump was asked if he would speak out against the extremist groups.

"Are you willing, tonight, to condemn white supremacist and militia groups and to say that they need to stand down?" moderator Chris Wallace asked the president.

"I would say almost everything I see is from the left wing," Trump complained. "I'm willing to do anything. I want to see peace."

"Proud Boys, stand back and stand by!" Trump bellowed. "I'll tell you what. Somebody has got to do something about antifa. This is not a right-wing problem. This is a left-wing problem!"