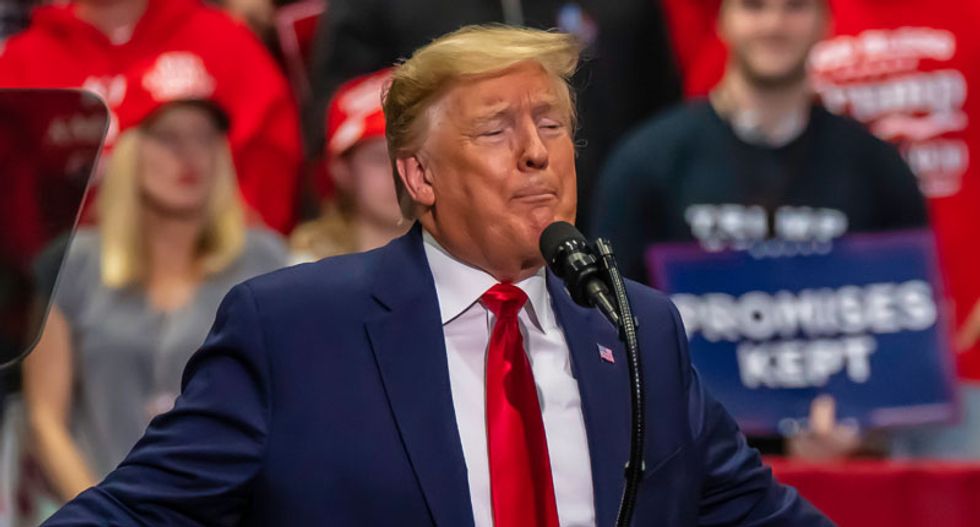 On Thursday, at a rally in Jacksonville, Florida, President Donald Trump claiming he is doing great with the Hispanic community — and demanded to know why it took them "so long" to start supporting him.

It is unclear what poll Trump is referring to, although most recent polls have broadly shown the president down double digits with Hispanic voters — even if he has improved his standing somewhat since 2016.