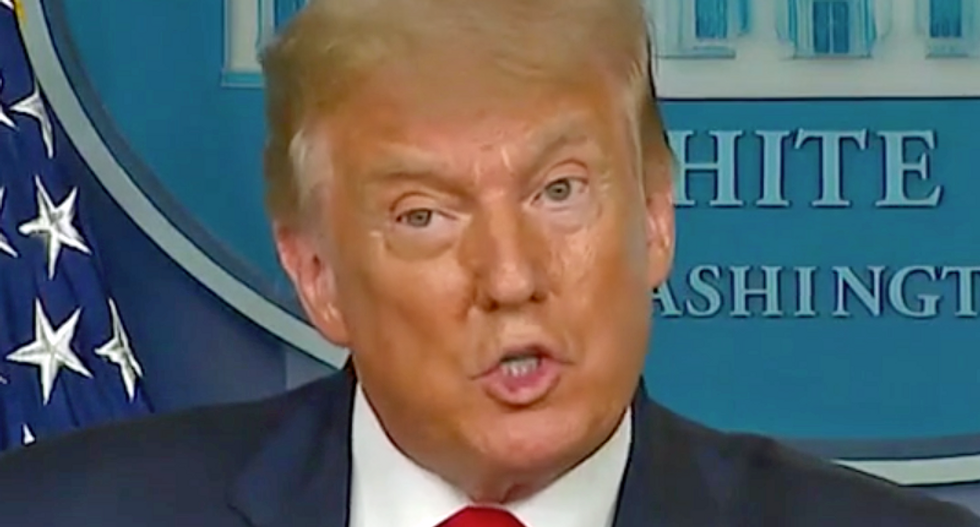 Speaking on Fox News Radio's The Brian Kilmeade Show this Thursday, President Trump railed against Joe Biden and his son, Hunter, claiming that the 2020 Democratic presidential candidate's son stole "three-and-a-half million bucks" from Russia. As Trump ranted, Kilmeade interrupted and told him that his former director of national intelligence, Dan Coats, "thinks Russia has something on you."

"Dan is a stiff," Trump fired back. "Dan would sit there all day long in a meeting and he would never say anything, and all of a sudden he becomes this guy."

"Dan is a very low-key guy -- I can't even believe he'd say a thing like that," Trump continued.

Earlier this month, CNN released excerpts from Bob Woodward's new book, which cited Coats as saying that he could not shake his "deep suspicions" that Russian President Vladimir Putin "had something" on Trump, and that he had "no other explanation" for Trump's behavior.

Listen to an audio clip below from The Brian Kilmeade Show: