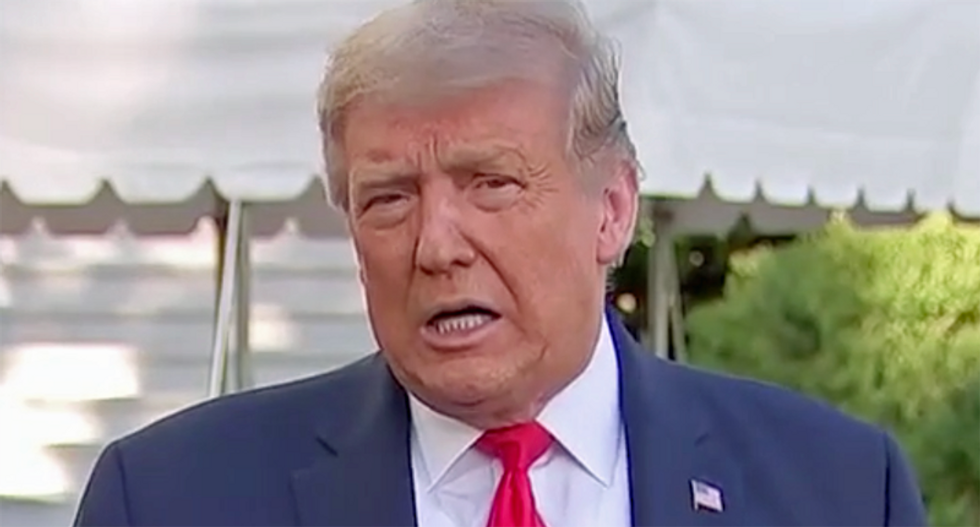 Writing in the Washington Post this Tuesday, columnist Jennifer Rubin quoted one of anti-Trump conservative Rick Wilson's favorite sayings: "Everything Trump touches dies" -- saying that his sentiment has never been more evident than now, especially in the wake of the New York Times' bombshell report on the President's tax history.

Rubin points out that Trump will likely be confronted with the story during his first debate with Joe Biden on Tuesday night, but she says that Biden should be clear that Trump's tax history is the least of his scandals.

"Instead, Biden should point to the loss of more than 200,000 American lives, of millions of jobs, of America’s international prestige, of the Supreme Court’s integrity, of the presidency’s dignity, of the country’s unity and of the justice system’s credibility," Rubin writes. "Everything Trump touches is made worse. His rallies bring super-spreaders to America; his policies bring one catastrophe after another."

According to Rubin, the latest revelations will make Trump's campaign much more difficult in the coming days. "He generates devastating stories faster than Biden’s opposition research team can compile them. We have every reason to believe things will get even worse for Trump in the days ahead."