Trump goes on rant that he did not have a stroke: ‘I don’t know what a mini-stroke is’ 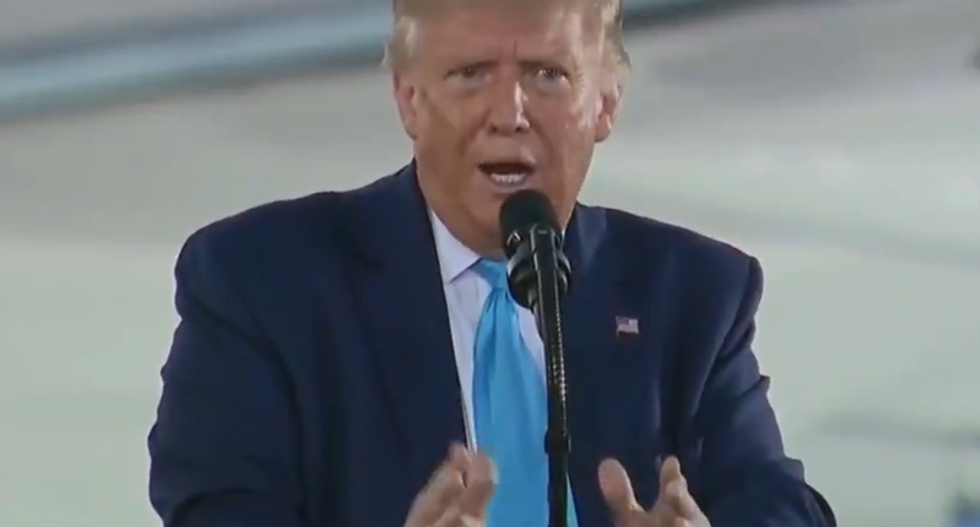 At an event in Pennsylvania on Thursday, President Donald Trump once again doubled down on his denial that he had suffered "mini-strokes" during his unscheduled visit to Walter Reed last year, and attacking CNN for reporting he had — even though they had in fact done no such thing. He insisted that the visit was merely a "physical," which was the official line from the White House at the time.

"Yesterday, I read that I had strokes," said Trump as the crowd booed the press and one of his supporters shouted "Defund the media!" "CNN, fake news CNN, right there ... mini-strokes they called them. I don't know what a mini-stroke is, but it's not good. And there could be a day — hey, it happens to all of us, right? Except these young ones, it's never going to happen to them. But it happens, but nothing happened."