Trump 'inspires nightmares in his closest aides': President ripped for betraying everyone who has ever backed him 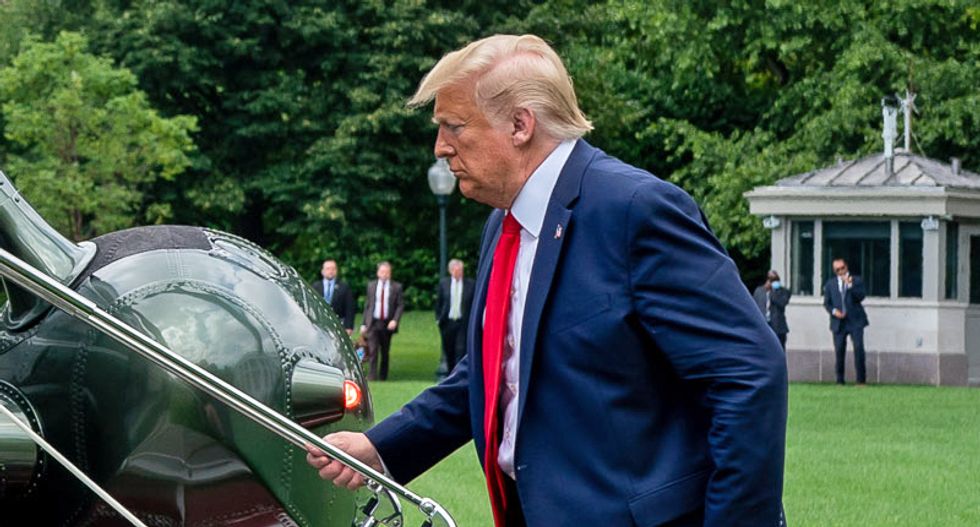 Remnick begins his piece with a devastating lede paragraph.

"Trump is who he has always been, and the details that we learn with every passing day merely fill in the portrait with sharper focus and more lurid colors. The man who lied about the nature of the novel coronavirus to the American people (but confided in Bob Woodward) is the same man who, as a real-estate huckster, used to say that the best way to hype a new building was to 'just give them the old Trump bullsh*t.' Deception is his brand," he explained.

Betrayal also seems to be part of Trump's brand.

"It is hard to identify a constituency that Trump has not betrayed. A self-proclaimed populist, his greatest legislative triumph was a gargantuan tax cut for the wealthy. ('You all just got a lot richer,' he told his cronies at Mar-a-Lago.) A self-proclaimed champion of the military, he reportedly says 'my f*cking generals are a bunch of p*ssies' and refers to fallen American soldiers as 'losers' and 'suckers.' His lies and expressions of contempt are so routine, so numerous, that we grow inured to their gravity and even forget that only recently he was impeached in the House of Representatives, avoiding conviction thanks only to a conscience-free Republican majority in the Senate," Remnick wrote.

"Trump’s lack of stability is so pronounced that he inspires nightmares in his closest aides. As we learn from Rage, Woodward’s new book, Trump’s defense secretary, James Mattis, was so concerned that the President would set off a nuclear confrontation with North Korea that Mattis slept in his clothes in case he had to race to the Pentagon or the White House in the middle of the night," he wrote. "In his interviews with Woodward, Trump seems so hungry for approbation that, like a child, he spills news of a secret weapons system––'We have stuff that Putin and Xi have never heard about before.' (This weapons system is presumably different from the hypersonic 'super duper' missile that Trump hinted at in May.)"