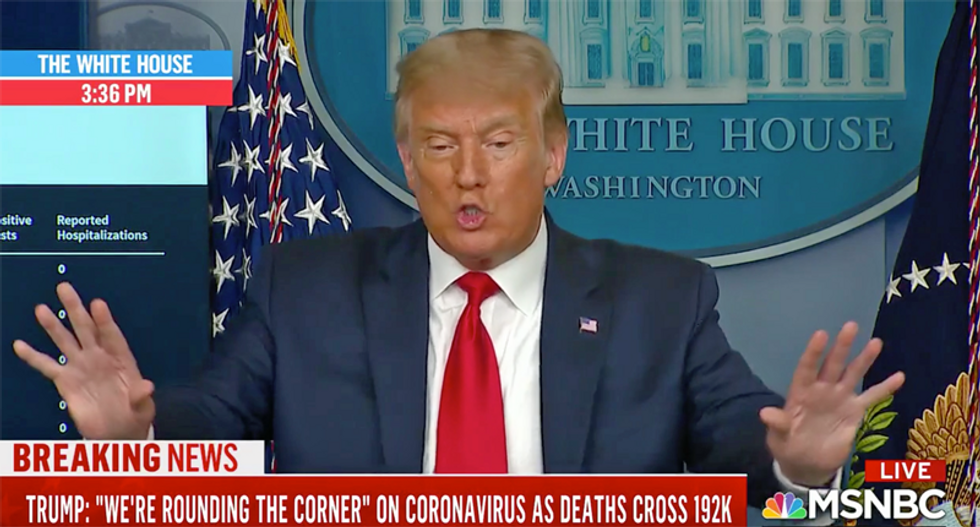 Trump spent minutes reading prepared remarks on why he thinks it is so important for the Big 10 to play football in spite of the pandemic, he attacked his 2020 challenger.

"Joe Biden continues to use the pandemic for political gain," Trump read off his prepared remarks.

"Every time I see him he starts talking about the pandemic, he's reading it off the teleprompter," Trump said, diverging from the speech he was reading.

Trump claimed he is "not allowed" to use a teleprompter, which the president knows is false because of how frequently he delivers remarks by reading them off a teleprompter.

He then returned to reading his speech.