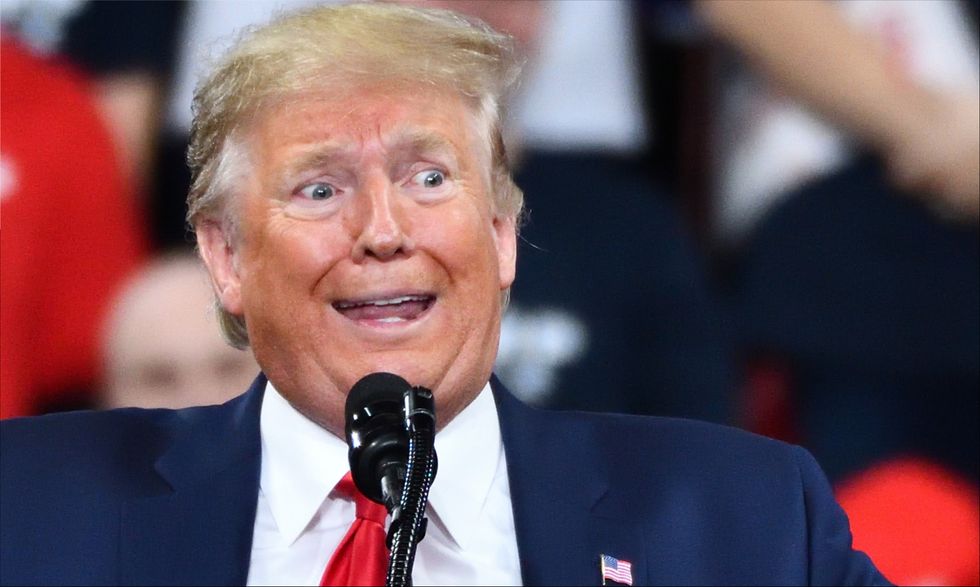 President Donald Trump for months has been promising a coronavirus vaccine by November 1 – just days before Election Day. It started back in early August, when he told Fox News' Geraldo Rivera a vaccine would be ready before the end of the year, and it "could be much sooner."

“I think in some cases, yes possible before, but right around that time,” Trump replied, taking the bait.

It didn't take long for the Candidate-in-Chief to power up the campaign lies and wouldn't you know, America, Trump promised we will have a coronavirus vaccine in early October.

“We’re within weeks of getting it," Trump promised ABC News' George Stephanopoulos Tuesday night. "You know, could be three weeks, four weeks, but we think we have it.”

On Wednesday Trump's Chief of Staff, Mark Meadows, pushed that date even earlier, to "potentially by the end of September."

Trump is all in, and one-hundred percent committed to a vaccine in the next few weeks.

He has laid a huge trap for himself, walked right in, and has no way out.

Trump very easily could have declared, when Americans don't have access to the vaccine by the end of September, or the beginning of October, or November 1, that he just meant the vaccine would be approved. Ready to be manufactured.

On Wednesday Trump promised "distribution" of the vaccine within weeks, meaning in the hands of doctors and nurses and other medical professionals who will begin to inoculate America. (He also said nothing about safety or effectiveness.)

The Director of the CDC on Wednesday told America a coronavirus vaccine would not be "generally available" until early spring or in the summer.

And then, he walked right in to his own trap.

This is just absolutely insane stuff. Completely bonkers. There aren't words for how unhinged the president is. https://t.co/KFXKP1Cflz
— Aaron Rupar (@Aaron Rupar)1600294495.0

One hour earlier Joe Biden told Americans they should not trust a vaccine from the Trump administration unless the president can answer three basic questions:

Voters should judge the candidates by their promises, if those promises are realistic, and if they keep them. And cast their ballot accordingly.