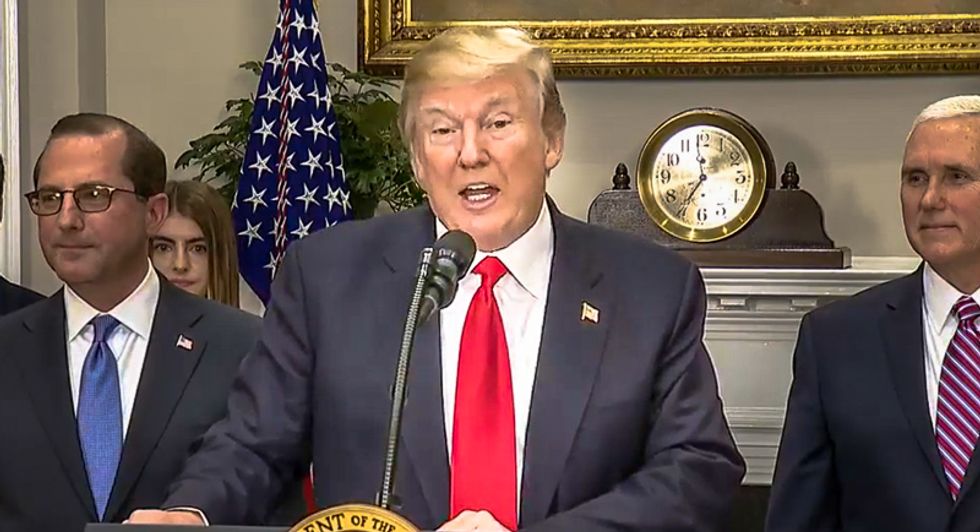 Two more public health staffers are out as the coronavirus pandemic continues to rage and President Donald Trump clashes with doctors and experts about the virus.

Politico reported Monday that the move comes after HHS spokesman Michael Caputo took a leave of absence after posting a bizarre rant on Facebook and allegations that Trump has gone to war with the Food and Drug Administration.

FDA officials revealed that "Trump’s attacks threaten to permanently damage the agency’s credibility." Trump's politicizing of the coronavirus vaccine has made many fearful that it will be rushed to market before it is confirmed to be safe by researchers.

"The move leaves Azar's immediate team with more control over the health department's direction in the near term, after a series of developments this year that undermined the secretary's authority, including the surprise installation of top department spokesperson Michael Caputo in April," said Politico.

"Chief of Staff Brian Harrison is committed to working in close partnership with the White House Office of Presidential Personnel," an HHS spokesperson announced in a statement. "He is the Chief of Staff not the Acting White House Liaison."