Trump knew how bad COVID-19 was in January — but called it 'good' because he could avoid shaking 'disgusting' voters' hands: ex-Pence aide 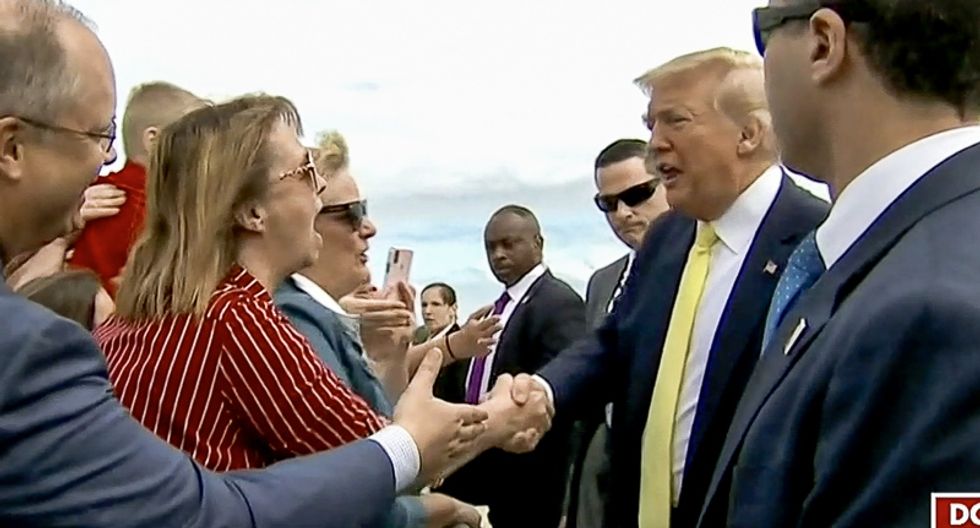 Olivia Troye, a former White House aide who worked for Vice President Mike Pence's office, is sounding off with more details about the Trump administration's early knowledge about the severity of the coronavirus.

Troye appeared on "The Today Show" on Tuesday where she discussed the weeks leading up to the World Health Organization declaring the coronavirus a global pandemic. Although Pence and President Donald Trump have repeatedly claimed they had no way of knowing how bad the pandemic could be, Troye suggests otherwise, reports The Hill.

Troye —who was privy to many of the critical, pre-pandemic decisions that were made— confirmed that during a "late January" briefing, the Trump administration was told that the coronavirus was "going to be big."

“We certainly had a task force meeting and discussion where we had this conversation, that this was going to be big,” Troye told NBC’s Andrea Mitchell. “Late January we knew.”

Troye also recalled a coronavirus briefing where Trump insisted an election-year pandemic might be a "good thing" despite the possibility of millions of Americans becoming infected or dying. According to Troye, the president also presented a relatively disturbing argument to justify his way of thinking.

Troye's latest interview with Mitchell comes just days after the release of a political ad sponsored by the advocacy group Republican Voters Against Trump.

In that video ad, Troye noted how Trump's failure to take initial action in January ultimately set the tone for the COVID battle the United States is fighting today.

"If the president had taken this virus seriously, or if he had actually made an effort to tell how serious it was, he would have slowed the virus spread, he would have saved lives," Troye said.

As of Tuesday, September 22, 2020, the United States has the highest number of COVID cases in the world with more than 7 million confirmed coronavirus cases, nationwide.