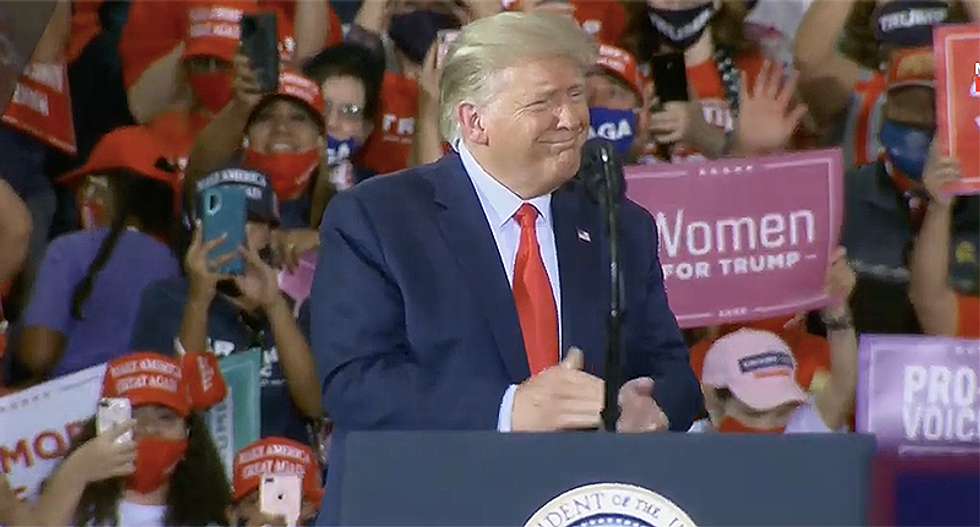 President Donald Trump is continuing to falsely claim that his campaign was spied on by former President Barack Obama's White House. It wasn't.

Trump's own Justice Department explained that there were people on Trump's campaign that were under surveillance, but in the case of former campaign chair Paul Manafort, wiretaps were paused while he was working on the campaign.

The FBI and the Justice Department’s National Security Division “confirm that they have no records related to wiretaps as described” by tweets from Trump posted as early as 2017, the department said in a court filing.

Still, Trump claims that he is the real victim of an Obama/Biden attack that he hasn't been able to prove, despite an FBI investigation, Inspector General report, a special counsel investigation and report, and a Republican-led committee report.

Trump went on to issue an ominous threat, "let's see what happens."

The President says President Obama got caught spying on his campaign and the crowd chants lock him up? https://t.co/mDYAWBO0n2
— Acyn Torabi (@Acyn Torabi) 1600050567.0