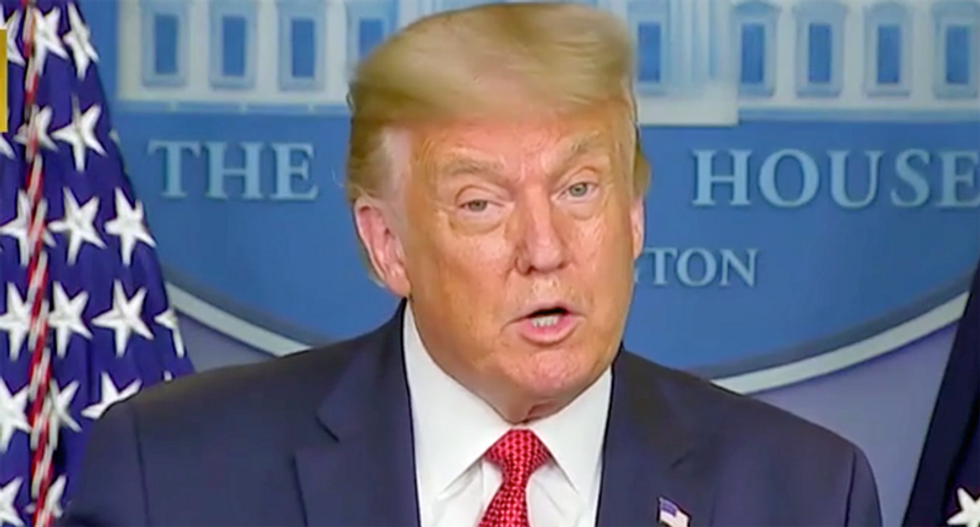 The Trump administration on Friday moved closer to its goal of stripping conservation protections from the nation's largest national forest, putting over 9 million acres at risk of clear-cut logging and bulldozing for roads and sparking warnings of "irreversible ecological consequences."

"Forests are our guardians in our fight against the climate crisis, and we need forest protections more than ever if we are to avoid the worst impacts of the growing climate emergency."

—Amy Moas, Greenpeace USAThe proposal targets southeast Alaska's Tongass National Forest, which is described as "the crown jewel of the National Forest System" and "the still-thumping heart of a rainforest that once stretched uninterrupted from Northern California through Oregon, Washington, British Columbia, and Alaska."

"Of all the things our federal government could be devoting resources toward in 2020, slashing a rule to make way for clear-cutting in one of the world's last intact temperate rainforests shouldn't rank as a priority," said Kate Glover, Juneau-based staff attorney with Earthjustice.

The U.S. Forest Service announced (pdf) Friday its Final Environmental Impact Statement (EIS) for the widely-opposed plan to fully strip the area from the Clinton-era Roadless Rule protections. The "preferred alternative" described in the statement "removes all 9.37 million inventoried roadless acres on the Tongass from roadless designation."

A record of decision finalizing removal of the Roadless Rule is expected in 30 days.

Greenpeace USA senior forests campaigner Dr. Amy Moas warned that the "move by the Trump administration has irreversible ecological consequences, and sets a dangerous precedent for timber industry lobbyists and politicians in other states to secure access to our prized wild places."

"Forests are our guardians in our fight against the climate crisis, and we need forest protections more than ever if we are to avoid the worst impacts of the growing climate emergency," Moas continued. "Greenlighting logging, road building, and other destructive development in previously untouched portions of our national forests will be catastrophic for our future—both increasing pollution and limiting our ability to reduce it."

"What's more," she added, "a healthy Tongass is essential to the wellbeing of Alaska Natives, the local economy in Southeast Alaska, and an abundance of wildlife."

Indeed, the forest is key habitat for species including bears, wolves, and salmon and essential to the food security and way of life for the Tlingit, Haida, and Tsimshian peoples.

Audubon Alaska released a video Friday highlighting the voice of Joel Jackson, president of the Organized Village of Kake, who asks, if the large-scale logging in Tongass is approved, "Are we even going to have future generations?"

With the EIS now released, Greenpeace's Moas said "it's imperative that Congress acts" and pointed to legislation proposed in May as a means to counter the administration's planned assault on Tongass.

"We need our legislators to codify one of the most popular conservation measures of the last century so nothing and no one can threaten our last wild places again. The Roadless Area Conservation Act could reverse this decision and place wildlife, recreation, and the health of our planet at the center of intact wild places instead of the interests of wealthy elites," said Moas.

"Without forests," she added, "we are without a future."