Trump praises two dictators in less than one minute at Michigan rally: Putin ‘likes me -- I like him’ 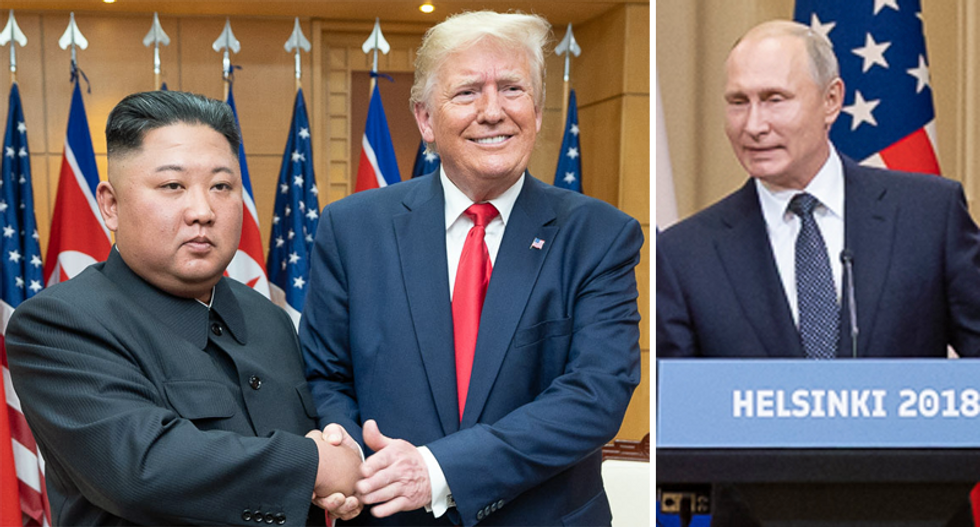 President Donald Trump praised two of the world's most notorious autocrats during a campaign rally in Michigan on Thursday.

"You know, getting along with foreign powers is not a bad thing, we're trying to teach that that to the media and these idiots that ran the government for so many years, these fools," he argued. "These fools."

"'He gets along with Putin, that's a terrible thing' -- no, it's a good thing if I get along, that's good," Trump claimed.