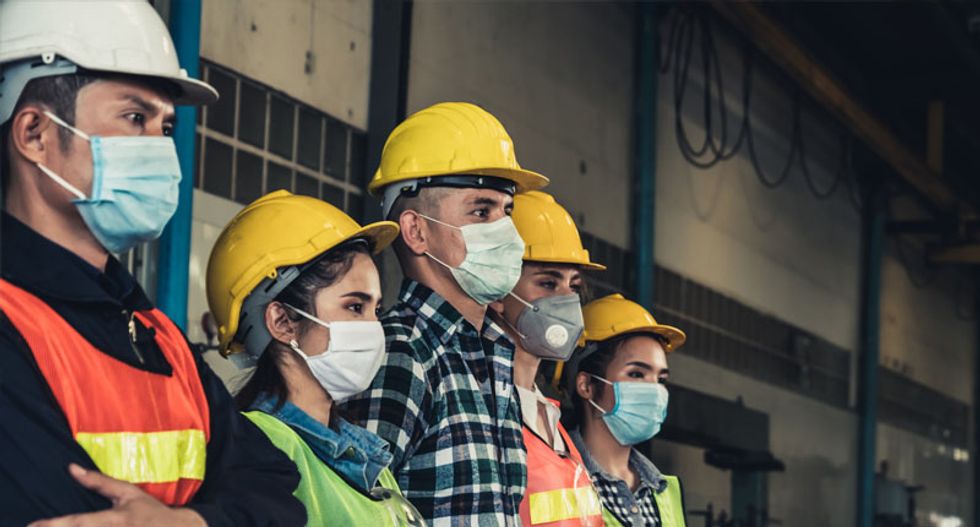 Robert B. "Bull" Bulman stood up to FreightCar America because of the poor pay and hazardous working conditions at its Cherokee, Alabama, factory. But the company savagely retaliated with threats to close the plant and relocate to Mexico.

Then, after thwarting the union drive, FreightCar America opted to offshore those 500 jobs anyway in a greedy gambit to exploit low wages and weak laws south of the border.

Although Donald Trump won the White House with a vow to reinvigorate a manufacturing base essential for America's future, he failed to stanch the torrent of U.S. corporations absconding to countries with abysmal working conditions and lax environmental regulations.

Right under Trump's nose, America lost hundreds of factories to offshoring, and corporations relocated nearly 200,000 U.S. jobs, all before the COVID-19 pandemic sent the economy into a nosedive. Some of these callous employers, including FreightCar America, even soaked taxpayers for millions of dollars in subsidies and other aid before they cut and run.

"They're like parasites," observed Bulman, who will lose his job when FreightCar America abandons its mile-long, 2.2-million-square-foot factory by the end of 2020. "They get what they want and leave."

Bulman, who formerly worked at a United Steelworkers (USW)-represented paper mill, helped lead two organizing drives at FreightCar America because he knew a union would compel the company to provide safer working conditions and give a voice to those performing demanding, hazardous jobs.

But FreightCar America waged vicious anti-union campaigns that included threats to close the plant and—the company's very name notwithstanding—move the jobs to Mexico. After defeating both organizing drives, the company still sold out its workers.

Although Trump promised to stop companies from playing these heartless games with families' livelihoods, he refused to intervene with FreightCar America or lift a finger to save manufacturing jobs in a state where workers deeply trusted he'd fight for them.

He gave the cold shoulder to FreightCar America workers who called and emailed the White House with pleas for help, just as he ignored USW members who sought assistance early in 2020 before Goodyear closed its nearly-100-year-old Gadsden, Alabama, tire plant and moved several hundred remaining jobs to Mexico.

Mickey Ray Williams, the former president of Local 12, reached out to several administration officials and provided them with a presentation outlining Goodyear's refusal to invest in the Gadsden factory even as it pumped more and more money into a Mexican site paying workers only a few dollars an hour.

Goodyear's offshoring of the Assurance All-Season tire developed—and long manufactured—in Gadsden was exactly the kind of nefarious practice Trump bragged he would curb.

But after a few conversations that seemed promising, the Trump officials stopped returning Williams' calls. He simply never heard from them again.

"All we asked for was one tweet," explained Williams.

"It was like you flipped a switch, and they went as cold as Alaska," Williams said of his administration contacts. "The way I figure it, there was no political benefit to Trump, so they cut me off. Trump and his administration did nothing to help Gadsden."

Trump's red campaign hats mean more to him than American workers do.

Although the plight of the Gadsden workers elicited no response from the White House, Goodyear's longstanding policy banning political attire, including Trump hats, from its shop floors aroused Trump's fury. He threatened to remove Goodyear tires from Secret Service vehicles and fired off a tweet calling for Americans to boycott the company, even though that would mean the loss of even more American jobs.

"He wouldn't call out Goodyear for workers, but he will for his own agenda," Williams noted. "That's wrong."

Even when Trump injects himself into a company's offshoring scheme, he delivers far less than he promises.

In 2016, Trump assailed Carrier's plans to close an Indianapolis facility and vowed, "We're not going to let Carrier leave."

Trump arranged new tax incentives for the multibillion-dollar manufacturer and then took credit for "saving" the plant when Carrier grudgingly agreed to keep it open. But the plant today isn't what it used to be.

While Carrier kept about 700 jobs at the Indianapolis factory, it still shifted hundreds of others to a Mexican facility that, like the one Goodyear operates there, pays workers just a few dollars an hour.

And despite the deal with Trump, Carrier's parent company also followed through on plans to close a plant in Huntington, Indiana, about 105 miles from Indianapolis, and relocated those 600 or so jobs to Mexico as well.

Instead of meting out "consequences" to companies that offshore, as he pledged to do, Trump helped to accelerate it with measures like the 2017 tax giveaway that he and congressional Republicans bestowed on America's rich.

The legislation gives corporations tax advantages for operations in other countries. Now, on top of low wages and weak laws protecting workers, companies have still more incentives to move jobs overseas and devastate local tax bases like those in Cherokee, Gadsden and Huntington.

After defeating organizing efforts, Bulman said, FreightCar America repeatedly told workers it would remain in Cherokee for the long haul. When Trump signed a pandemic stimulus bill this past spring, the company even took about $10 million in aid that it pledged to use for retaining workers and meeting payroll.

But ever since FreightCar America entered into a joint venture with a Mexican company, Bulman feared that it was only a matter of time before his employer moved their jobs and work across the border.

Now, as he and his colleagues log their final shifts, it angers Bulman to think that FreightCar America and Trump both betrayed them.

"FreightCar employees, including me, definitely think he dropped the ball in our case," Bulman said. "It's very disappointing."