Trump slammed for once again mocking journalist getting shot: 'Provocateur in a diaper' 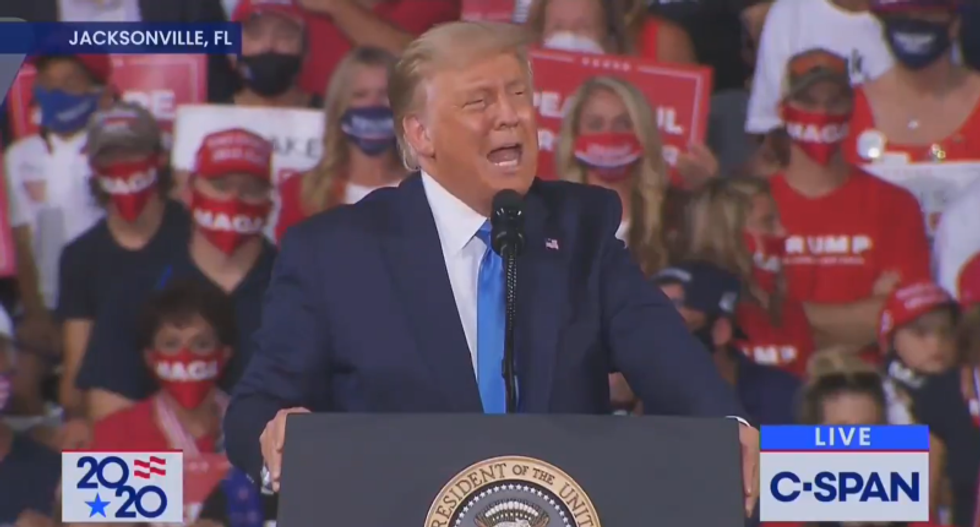 At his Thursday rally in Jacksonville, Florida, President Donald Trump once again mocked MSNBC reporter Ali Velshi for getting shot by a rubber bullet in Minneapolis.

The president's seeming glee at violence against press figures triggered an avalanche of anger on social media.

@atrupar Why isn’t this on the front page of every newspaper right now? Just because he repeats it over and over do… https://t.co/euKKmEV016
— Jennifer Taub (@Jennifer Taub)1600990924.0

@atrupar Despicable and low life does not do him justice. Can you imagine his pain at getting hit by that same projectile?
— JOHN PAVLOSKY (@JOHN PAVLOSKY)1600990671.0

@atrupar Yet @realDonaldTrump had to defer military service because of a "bone spur." He shouldn't really be talking about what hurts.
— Ankur Dave, MD (@Ankur Dave, MD)1600991088.0