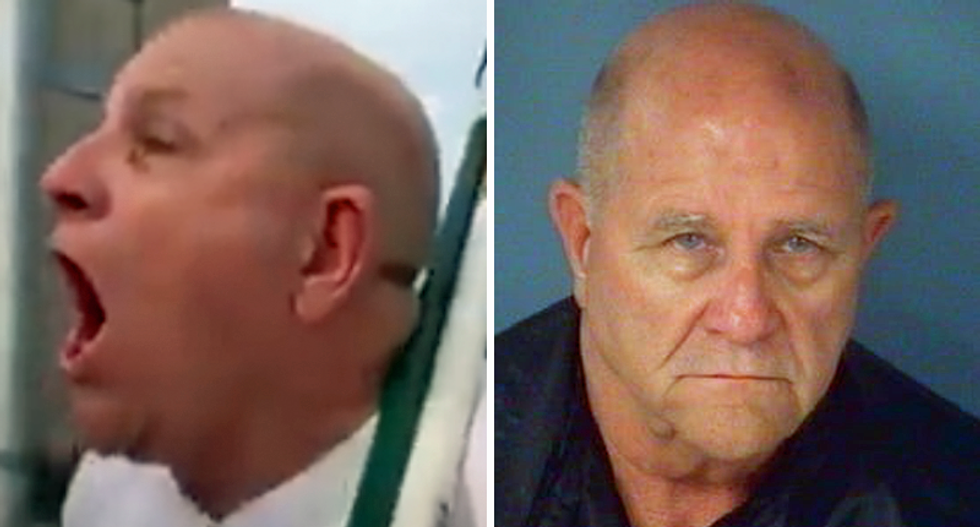 A Florida man was arrested this week after he was caught on video assaulting a 12-year-old girl with a flag pole, the Florida Times-Union reports.

Norbert Eugene Logsdon Jr. was charged Wednesday with abuse of a child without great bodily harm. He was subsequently released in bail.

The incident was captured on video by the child's mother and was posted to Facebook. She and her daughter were driving past a sidewalk pro-Trump demonstration when the mother yelled something antagonistic to the Trump supporters. That's when Logsdon shoved the flagpole through the open right-front passenger window.

Another video posted to Facebook shows Logsdon hoisting a flag reading, "Trump 2020 No More Bullsh*t" while confronting another woman.