Trump supporter says God will protect her from COVID at president's rallies: 'My faith keeps me from getting sick' 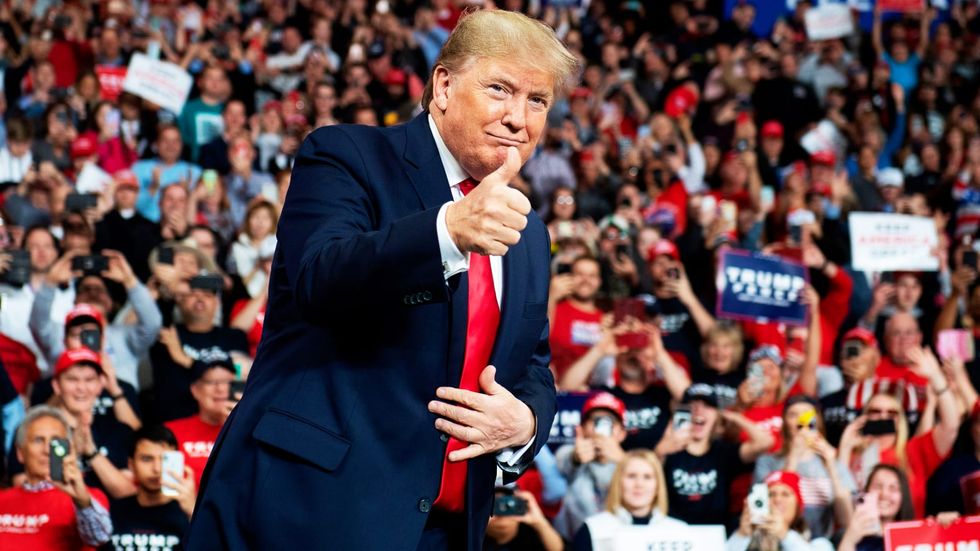 A supporter of President Donald Trump this week said that she can continue attending the president's rallies without fear during the novel coronavirus pandemic because a higher power is looking out for her.

In an interview with local news station 13 News Now, Trump supporter Pat Ellington explained why she isn't concerned about contracting COVID-19 after she attended a rally last week in Newport News, Virginia.

“I believe God will protect me and without a doubt, He will look out for me,” she said. “There was never a concern, I have never been concerned. I wear a mask and gloves yes, but outside of that my faith keeps me from being sick.”

However, the president's decision to hold mass gatherings during a pandemic that so far has killed more than 200,000 Americans in just eight months is drawing some criticism among Newport News residents.

“It was very selfish that no one was hardly wearing a mask,” resident Yvonne Gary told 13 News Now. “It was practically illegal to have that amount of people there.”