Trump supporter warns MSNBC he will 'take up arms' if Biden wins: 'If that's what it comes to' 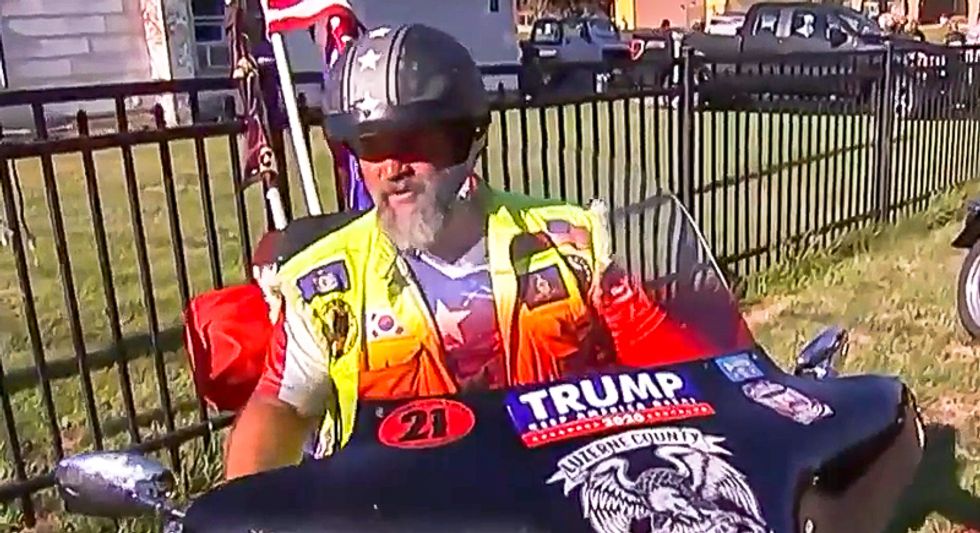 A supporter of President Donald Trump this week told MSNBC's Katy Tur that he is prepared to "take up arms" if the president loses re-election.

In a report on Tuesday, Tur said she had spoken to about a dozen Trump supporters outside a recent rally in Pennsylvania.

"What are you prepared to do?" Tur asked one man on a motorcycle.

"Anything possible," the man replied.

"Anything by all means," the man said. "I'm a United States veteran. I served. I took an oath to defend my country to the best of my abilities and I will do it."

"Would you take up arms?" Tur pressed.

"If that's what it comes to," the man admitted.

Former FBI Assistant Director for Counterintelligence Frank Figliuzzi explained that many other Trump supporters have suggested that they would be willing to use firearms if the election doesn't go their way.